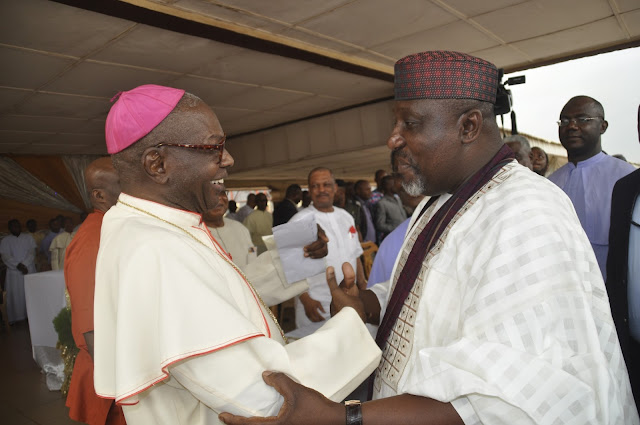 The Director General of Voice of Nigeria (VON) Mr. Osita Okechukwu had accused Governor Rochas Okorocha of pitting the Catholic Church against APC without explaining how he arrived at such claim, except that he made reference to a report that the Archbishop of Owerri Catholic Diocese, Bishop Anthony Obinna won’t produce APGA governor in 2019, recalling too, that the governor had taken President Muhammadu Buhari to the Archbishop when he came to Owerri for the 2015 election campaign.

Mr. Okechukwu is one of those who have the erroneous feeling that the only way they can grow in APC is by attacking or pulling down Governor Rochas Okorocha. And the man has been doing it religiously without a response from us.

Governor Okorocha has shown amazing love and unbridled respect to Archbishop Obinna and has no problem of any kind with the Catholic Church. And what Governor Okorocha has done for the Catholic Diocese of Owerri, no past governor whether civilian or military had done it for them. Let anybody say it is not true. And if Mr. Okechukwu had participated or followed events in the 2015 election he would have understood better. 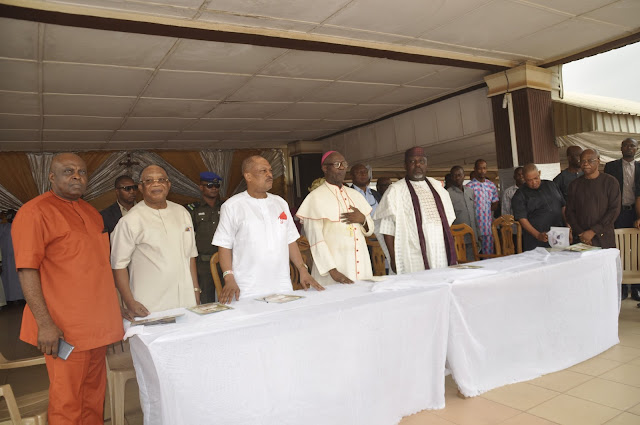 Don’t forget that President Buhari got only 14,157 votes in Enugu State where the DG comes from, and got 133,253 in Imo not minding that Imo was the target of the PDP-led Federal Government’s onslaught in the 2015 election with thousands of soldiers and other security agencies besieging the state.

If the governor didn’t mean well, he would not have taken President Buhari to the Archbishop. But two days after that visit, the LEADER Newspaper owned by the Archbishop had a banner headline, “Alhaji in Government House”. The name “Okoro-Hausa” also came from the same source.

And if the campaign of the PDP and a section of the Church that Buhari and Rochas would Islamise the South-East if APC wins didn’t get to Enugu State it means the presence of the party in the State was never considered a threat. But in Imo, that was the major campaign. Mr. Okechukwu won’t understand because he was contended with his much talked about relationship with the President.

In case Okechukwu never heard, the governor was made to take oath at Assumpta Cathedral during the 2015 campaign that he won’t help to Islamise the nation and that he is not a member of Ogboni. And he did. Yet, the attacks intensified. When the debate for guber aspirants organized by the Diocese was disrupted they said it was Rochas who had not even arrived the venue when the thugs clashed.

Again, the Archbishop said in an interview that he has sympathy for APGA and was fully in support of his brother then, a complete gentleman, Captain Emma Iheanacho who ran on the ticket of APGA in 2015. And we never begrudged him, but we are only appealing that he should for once try to show love to Rochas and appreciate his good works in the state.

And for some of those in APC in the South-East who think that Rochas is their problem, they should not bother. The 2019 election will settle all these over bloated egos. When they began their schemings during the Anambra poll, he allowed them to talk to Anambra people and win their votes for the APC candidate, but they could not do that.

It is yet to be understood why some APC Chieftains in the zone will be working to pull down a man who has been producing House of Assembly members and National Assembly members for APC in the geo-political zone and the only APC governor in the zone. And instead of supporting him, they are doing otherwise. Time will tell.

Meanwhile, the governor has donated N100million on behalf of the State Government to Okigwe Catholic Diocese to assist in the completion of their Cathedral, and assured that the government would continue to play the needed role to see the Cathedral completed, advising that the Diocese should begin the building of a University.

In his speech, Bishop Amatu said the Church would continue to pray for the good of the state and her people.