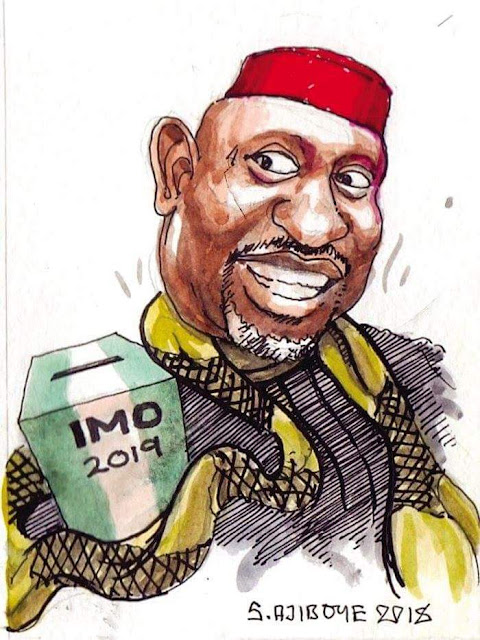 Imo State Governor, Rochas Okorocha, has introduced N3,000 compulsory development levy to be paid by all leviable adults in the state. 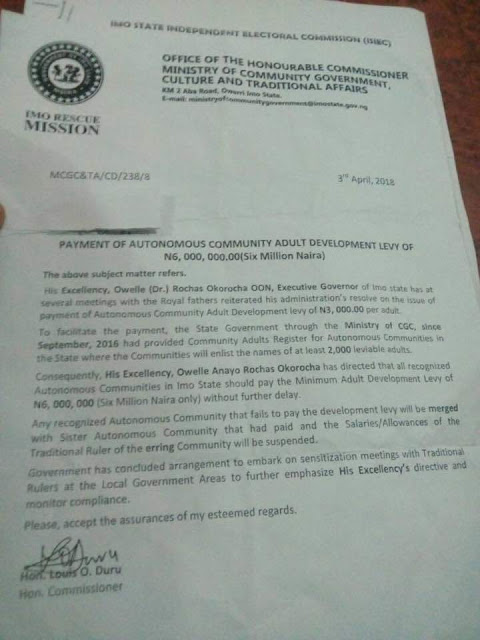 “To facilitate the payment, the state government...since September 2016, has provided community adult registers for all autonomous communities in the state where the communities will enlist the names of at least 2,000 leviable adults.

“...Okorocha has directed that all recognised autonomous communities in Imo State should pay the minimum adult development levy of N6,000,000 without further delay.

“Government has concluded arrangements to embark on sensitisation meetings with traditional rulers at the local government areas to further emphasize His Excellency’s directives and monitor compliance," he said.
Posted by IfeanyiCy Njoku
Labels: News