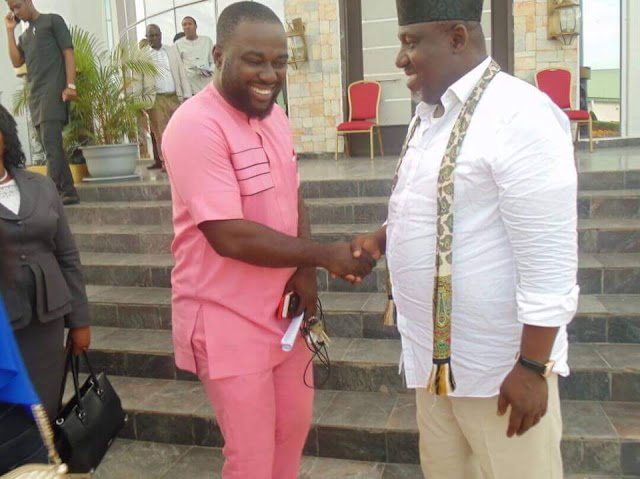 The Governor of Imo State, Rochas Okorocha has vowed to deal with his deputy, Prince Eze Madumere for not stepping down for his Son-in-law, Uche Nwosu in the forthcoming All Progressive Congress 2019 governorship contest.

The Governor who stated at a press conference that Madumere will not find peace for his recalcitrant, has started to demonstrate what will befall his deputy by first firing the Transition Committee Chairman of Mbaitoli local government area, home LGA of his deputy for his alleged loyalty to the Deputy-Governor.

In his replacement, the Governor appointed Mr Ugorji Collins, a young man reported to be working for the his Son-in-law, as the new Tc Chairman of Mbaitoli LGA.