Menu
Home » News » Okorocha Boast: 'I have Retired The Old Politicians in The State So That The Young Ones Can Come Up'

Okorocha Boast: 'I have Retired The Old Politicians in The State So That The Young Ones Can Come Up' 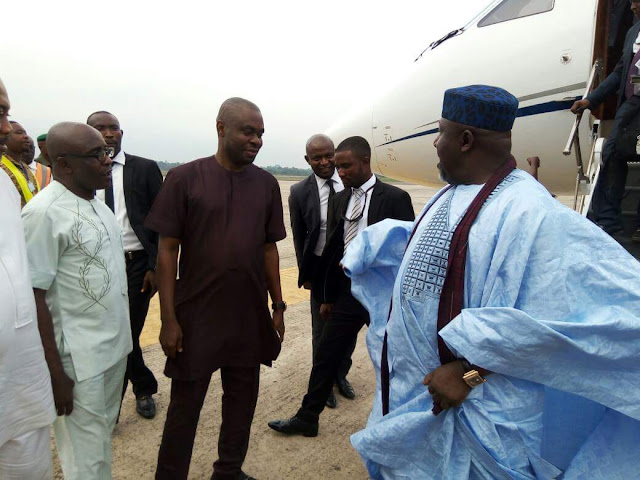 Governor Rochas Okorocha has said that he would continue to work as governor, including inspection of projects till 11.30am on May 29, 2019, when his Successor is expected to take over from him.

He also said that he has retired Politicians like Chief Emmanuel Iwuanyanwu, Arthur Nzeribe, Chief Achike Udenwa, Chief Ikedi Ohakim and will by 2019, retire the likes of Senator Ifeanyi Araraume and Co, so that the young ones would come up.

The governor spoke when more than three thousand Ideato North people including their Chiefs and leaders came to pay him solidarity visit on Monday, April 16, 2018 at the Government House Owerri, stating that he came to run for the governorship when no one believed that one could do that and win outside the PDP.

His words “I have few months to go but still, I have declared road revolution. The usual feeling is for out-going governors to pack money and leave at the end of their tenure, but, I will not pack money but to continue to work till 11.30am of May 29, 2019”.

On Uche Nwosu, he said “he has the mandate of the people and broad-based support. So, he will win the governorship election. And I will win the Senate election because the quality of Candidates and their records are key to their electoral success”.

He continued, “They should come out with the person that will Challenge Uche Nwosu and not noise making or propaganda. If they have someone who is better than Uche Nwosu let them come up with their person. I am waiting for them to come out and Challenge my own Candidate with their own choice. That is the way to go”.

On President Muhammadu Buhari, the governor intoned, “I tell you today that Buhari will still win landslide in 2019 and it is a matter of Igbos queuing in. He has worked to earn the renewal of his mandate. And greater number of Nigerians will do that”.

Speaking on behalf of the people of Ideato North, Nze Luke Ekwueme assured the governor that they would continue to stand by him in all the elections more than they had done in the past.