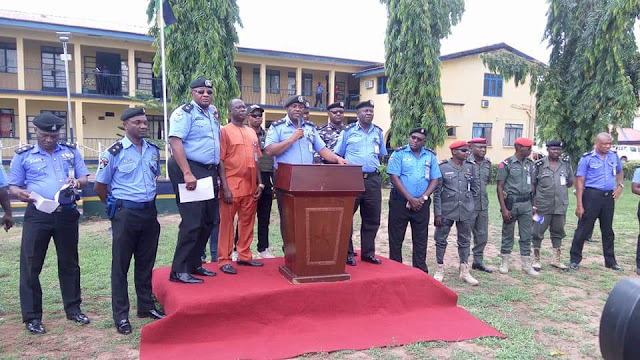 The Imo State Police Command has commenced orderly room trial for three of its operatives attached to the Anti-Cultism Unit for allegedly threatening to frame some journalists and collecting a N10 , 000 bribe from them on April 1 , 2018 , in Owerri , the state capital .

Confirming the development to PUNCH Metro on Tuesday, the state Commissioner of Police , Chris Ezike , said the trial started on Monday at the command ’s headquarters in Owerri .

He said , “Their orderly room trial started on Monday. As I speak to you , the three policemen are being tried on oath for innocence or otherwise .

“ It is a legitimate legal process . It is for fairness and justice. I have directed that the complainants should be reached so that they can legalise their complaints. It is unfortunate that they have failed to make a formal report to the police up till now .”

The police boss said the orderly room trial would ensure that justice was served .

PUNCH Metro had reported that the victims were members of the Online Media Practitioners Association of Nigeria who attended the association’ s convention in Owerri between March 30 and 31 .

They were returning from the meeting when they were accosted by the cops.