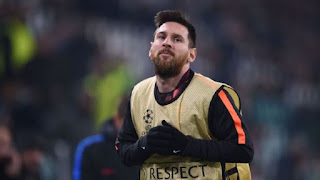 The Catalans giants are close to claiming the La Liga title and are a whopping 15 points ahead of Real Madrid.

Spanish media outlet, Diario Gol reports that Barcelona are already planning for next season and Messi, who is a hugely influential figure at the club, will have an important say.

According to the newspaper, Messi has told club chiefs he wants Andre Gomes, Paco Alcacer, Aleix Vidal, Lucas Digne and Denis Suarez out of the club.

Messi, who is set to take over as Barcelona captain once Iniesta leaves the club in the summer, said the players have not shown the qualities of remaining in the club.
Posted by Unknown
Labels: Sports