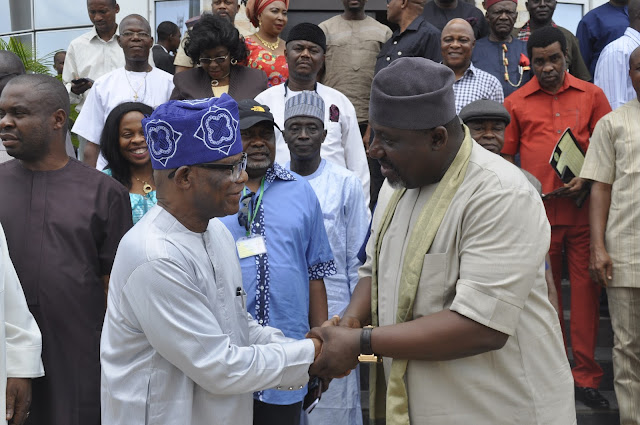 Governor Rochas Okorocha says Imo State has suffered total neglect by the Ministry of Niger Delta since it was created and noted that the only Project of the Ministry in the State is the long abandoned Skill Acquisition Centre located at Ohaji/Egbema Local Government.
The governor had made the claim when the Minister of State for the ministry of Niger Delta, Professor Claudius Omoleye Daramola visited him at the Government House weekend, stating that the Vice – President, Prof. Yemi Osinbajo had promised that the Skill Acquisition Centre would be changed to a University of Science and Technology, and noted that if action had been taken on that, it would have been to the credit of the Ministry and would have equally assisted to arrest the chaotic situation of restiveness in that region.
The governor further remarked “I want to make this plea based on the role this state played for the enthronement of the APC Government under the leadership of President Muhammadu Buhari. Imo State is the only state in the Southeast that produced a governor to support the change mantra of APC. Without Imo State, probably the balancing we have today in Nigeria wouldn’t have taken place.”
He said “APC would have been seen as a sectional party that does not consider some regions of the country. So I demand that attention be given to Imo State considering the role we played”. 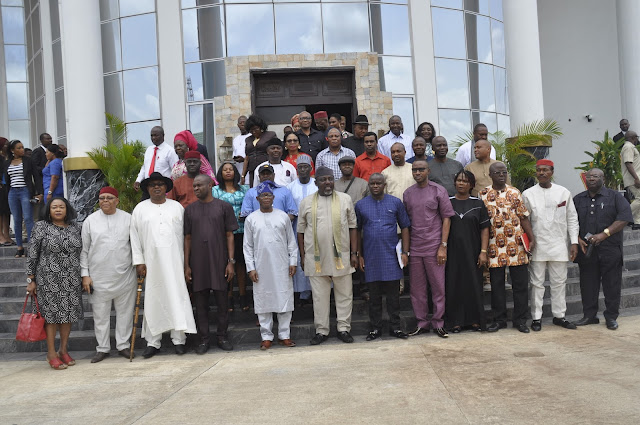 He continued “In that election, we were able to resist the opposition from writing Five (5)million votes as it used to be the case before. Because of our doggedness, we resisted them. If the opposition had gotten 5million votes, we wouldn’t have had President Buhari as president today but we fought gallantly to the extent that even though they won, the margin was minimal. If the result of Rivers was repeated in the Southeast there won’t be President Buhari today in Aso Rock”.
The Minister, Prof Claudius Omoleye Daramola, in his speech, told the governor that they were in the State to commission a project, the Oil Palm Processing Plant, which he said has been completed, describing the governor as number one governor in the Country because of his giant strides especially in the education sector.
The Minister added that, “the project to be commissioned will add value to the lives of people living in that area and that, it is part of the ministry’s efforts to boost the economy of the state and the country in general, promising too that the Ministry will see to the completion of the Skill Acquisition Centre.
He also promised that the ministry will give quick approval for the release of the housing units built for the poor in the state for immediate allocation by the state government, adding that the ministry of Niger Delta must be encouraged to do more for Imo State, and will be proud to see the skill acquisition centre completed or transformed into a University of Science and Technology.