Menu
Home » News » 'I will go on exile and remain there until I die', If Sen. Anyanwu Wins 2019 Imo Guber, Says PDP Leader Chief Oduna

'I will go on exile and remain there until I die', If Sen. Anyanwu Wins 2019 Imo Guber, Says PDP Leader Chief Oduna 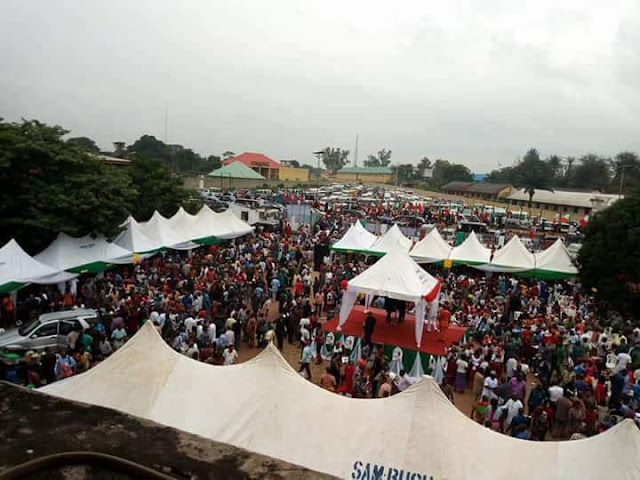 The governorship aspiration of Senator Samuel Anyanwu (Sam daddy), representing Owerri Senatorial Zone has suffered a major setback over the weekend as elders of Owerri zone and the People's Democratic Party (PDP) rejected his aspiration on the platform of the party insisting that he was being sponsored by the APC to thwart the collective agreement of Imo people to install a true PDP candidate in the 2019 elections.

They also spoke against the endorsement by Chief Emmanuel Iwuanyanwu, on the senator, adding that they will resist vehemently any attempt by Iwuanyanwu to impose the Senator on the people of the zone.

Speaking the leader of the group,  Dr. Josiah Odunna, at the inauguration of Owerri Municipal LGA Chapter of Team Ihedioha,  one of the support groups in support of the governorship ambition of Rt. Hon. Emeka Ihedioha, former Deputy Speaker, House of Representatives, the elders expressed regret at the overbearing and meddlesome activities of Iwuanyanwu in the affairs of the PDP in Imo State.

They said that Sen. Anyanwu whom Iwuanyanwu was trying to foist on the party and Imo people is not only unfit but lacks the requisite capacity at the moment to preside the affairs of the state, in addition to working against the unity of the party during the crisis days.

They described Anyanwu’s sojourn in the senate as, “a waste to Owerri zone, pointing out that they had already resolved to replace him with another hardworking and focused candidate in 2019 before his latest move came to public attention.” 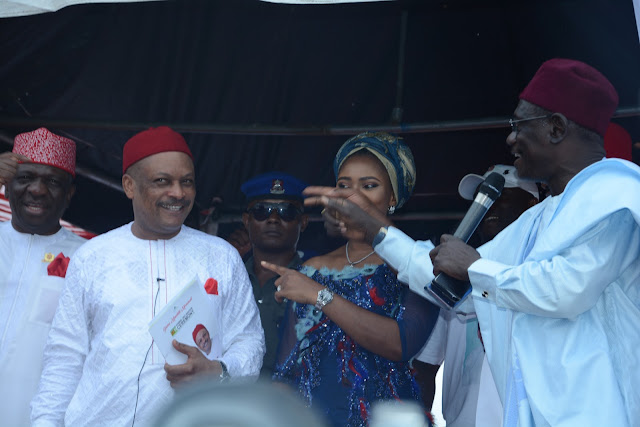 Brandishing a copy of local tabloid,  wherein Chief Iwuanyanwu was quoted as referring to Senator Anyanwu as the next governor of Imo State come 2019, Chief Odunna, former National Secretary of defunct APP and member of  Constitutional Conference, described the statement by the PDP Board of Trustees member as, “outdated, reckless and self-serving”.

According to him, “I have devoted 15 years of my active youth, ensuring that Chief Iwuanyanwu maintains a respectable profile in Nigeria’s politics. Even Sen. Anyanwu whom I was instrumental to his selection as Chairman, Senate Committee on Ethics and Privileges has remained most ungrateful to elders and has failed even in his duty as Senate Chair. It is therefore unacceptable to us and the entire zone. 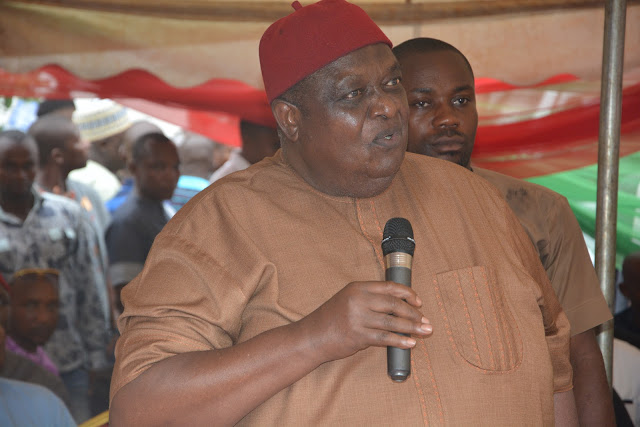 The spokesman of the elders queried, “Where was Sen. Anyanwu when the battle for the restoration of sanity and stability in Imo PDP was being fought? He hid himself and was romancing with Sheriff faction only to want to reap from the harvest of people’s sweat and efforts and the most annoying is that someone who knew all these things want to impose him on us. That can never happen. The era of impunity and imposition in PDP are over for good.

“If the Senator wins the PDP nomination, which I doubt the possibility anyway, I will quit the party and if he eventually becomes the governor, which of course is a day dream for him, I will go into exile and remain there until I die”, he stated.
Posted by IfeanyiCy Njoku
Labels: News