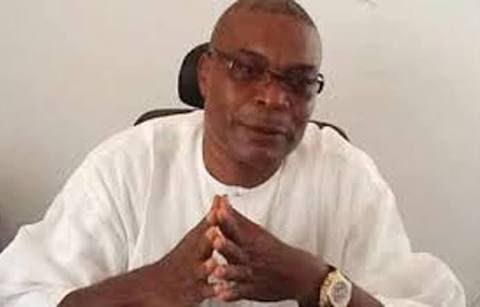 The governor of Imo State , Owelle Rochas Okorocha has received with rude shock the sad news of the unexpected death of an outstanding parliamentarian and exemplary gentleman, Hon. Independence Ogunewe.

The governor noted that Hon Ogunewe who hails from Akpodim in Ezinihitte Local Government of the State had represented Ahiazu and Ezinihittee Mbaise Federal Constituency in the House of Representatives for two terms and he acquitted himself well as the people’s legislator.

He said, while at the National Assembly, Hon Ogunewe exhibited uncommon courage and was too vocal on the floor of the House that, the two terms he was in the House of Representatives could only be described as rewarding and remarkable.

The governor described Late Ogunewe as a good example of what a true representative of his people should be and what a good citizen should also be, but regretted that Hon. Ogunewe has died when he was least expected to depart this world.

The governor, with a heavy heart, extends his condolences to the leadership of the National Assembly where he made his marks in grand style, the people of Ahiazu and Ezinihittee Mbaise Federal Constituency and indeed, the family of the departed gentleman.

It is the fervent prayer of the governor that the good LORD should grant the family and all those alive to mourn him all they desire to contend with this great loss.

The governor also asked that God, in his infinite mercy, should grant the soul of Hon Ogunewe, everlasting peace.