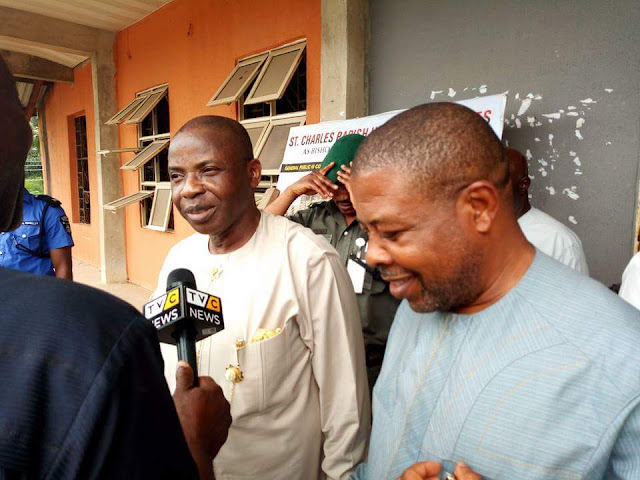 We have read in the print and social media Governor Okorocha's disdainful disrespect to the office of the Governor of Imo State. Unfortunately he has been the occupant of that office since 2011.

Okorocha had on Monday, 16th April 2018 opened his basket mouth once more and made vitriolic remarks to the bewildered and suffering Imo people, that he has retired some politicians in the state, including His Excellency Dr Ikedi Ohakim, who was Governor of the state for four years and now running for a second term in 2019. Okorocha's senseless comments and actions in the state for years confirm that he has completely run amok and requires an urgent psychiatric attention before he goes totally naked in the market place.

We had in one of our press releases in February 2018 told Okorocha that leadership demands decorum and that governance is not the same thing as wearing pampas. But instead of providing Imo people the good governance they desperately need, Okorocha has been busy retiring everything. 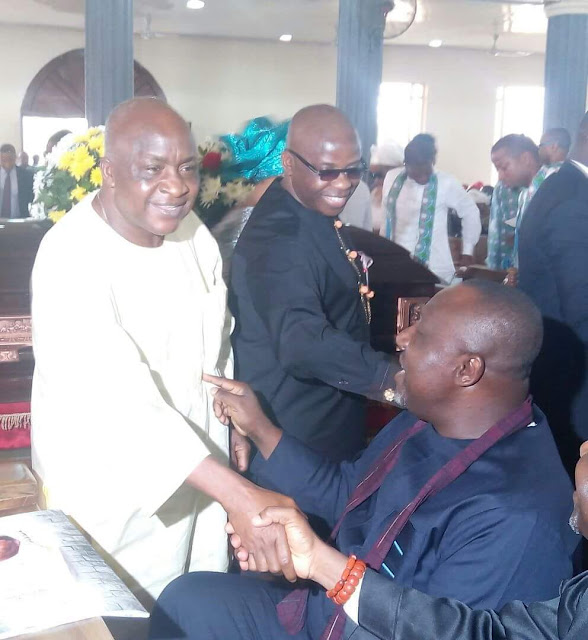 Governor Okorocha has since 2011 retired the 10,000 jobs, the 27 local governments, local government election, more than 50% civil servants and pensioners in the state. He has also retired the 46 development centers, the traditional institutions, 46 modern community health centers and the 1,395 water schemes built by the Ikedi Ohakim administration across the state. Okorocha has retired keke operators, commercial bus drivers, traders, artisans and landlords in his dangerous bid to be the only cock that crows.

The Governor in his retirement programme has retired Adapalm, Imo Transport Company (ITC) and Imo Shoe Industry Ltd. He has retired Nwaorie River and Otamiri River, the only body of river that made Owerri a settlement town, by constricting them with culverts instead of bridges.

He has retired the four stadia in Imo, including Dan Anyiam Stadium; Okigwe Stadium which the Ikedi Ohakim administration succeeded in getting the NDDC to put it in their budget but Okorocha has refused to pursue it;  the Orlu Township Stadium which has been left to be overgrown by weed; the Old Stadium at Tetlow Road which he has turned to Rochas Foundation Sports Academy. He also retired the Heartland Football Club from Division One to  Division Two, whereas the Club played the finals in 2009 while Dr Ikedi Ohakim was Governor.

Governor Okorocha has shamelessly also retired the Imo State University (IMSU), Owerri, and built the best university for himself in his village. He has also retired the Imo State University Teaching Hospital, Orlu. He retired Ekeukwu Owerri Market, New Market, Relief Market and countless other markets in the state, including Nkwo Orji, Eke Atta, Eke Mgbidi, Amaraku Market, etc. Sadly, Okorocha is transferring these markets to himself and cronies through some developers. He has retired the IBC Quarters, Orji, and turned it to Rochas Foundation College.

It is obvious that Okorocha wants to retire everything in Imo State so that he will be the only man alive. To achieve this impossible task he has also retired the economy of the state, the state assembly and the Judiciary.

Interestingly, while Governor Okorocha is busy retiring everything, death rate has been on geometric increase, with infant mortality rate peaking at 101 out of every 1000 birth while under 5 years mortality rate stood at 167 out of every 1000 birth in 2014, according to figures released by budgit, the worst in the Southeast. The number of people with HIV has also risen to 93,822, the highest also in the entire Southeast. These are the things Okorocha should be retiring, including retiring hunger and anger.

Okorocha should realise that there are more important tasks before him, such as completing the payment of Judges in the state which he begun in February after His Excellency Dr Ikedi Ohakim raised the alarm that Judges in Imo State were owed for 16 months by the Okorocha administration. He should also commence the payment of gratuities and pensions of retired Judges whom he has owed for more than 4 years.

While Okorocha should expect Dr Ikedi Ohakim's measured response in few days, including details of the over one Trillion Naira (N1T) that has accrued to the state since 2011 and the general misgovernance in the state, he should retire familiocracy and clannishness in the government. Meanwhile, we urge the Minister of Interior and members of the Okorocha family to waste no time in depositing him in a psychiatric hospital urgently.