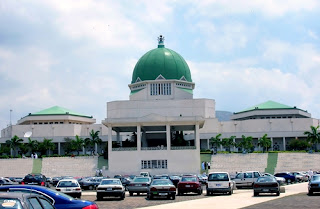 While speaking exclusively with The PUNCH, the Chairman, House of Representative Committee on Media and Public Affairs, Abdulrazak Namdas, has said that lawmakers would not hesitate to override President Muhammadu Buhari’s veto if he withheld his assent to the Electoral Act Amendment Bill, adding that members would not change their minds on the Electoral Act as amended.

Speaking further on the bill seeks to re-order the sequence of the polls during general elections starting from the 2019 polls, he stated that the National Assembly expected Buhari to append his signature to the bill, adding that if Buhari failed to sign, the legislature would override his veto.

He added, “We are serious about this issue and we are not ready to reverse it. For now, the bill has gone to Mr. President and we are waiting for his response. If his response is that he won’t sign, we are ready to override his veto.

“I can assure you that in both chambers of the National Assembly, we will get the required two-thirds majority to override the veto.

“This is because this was an issue that the two chambers already agreed that the order of elections should be National Assembly first and presidential election last.”

Namdas also admitted that the INEC chairman was right when he said no law so far mandated the commission to change the timetable it already released.

“He is right to say so because the new bill has yet to become law. It is the decision of the President that will decide our next step.

“If he signs, there is a new law and INEC has no choice but to comply. If he doesn’t sign, we will override his veto and the assent will no longer be necessary,” he added.

A controversial new Section 25 introduced into the Act, changed the sequence of elections by making the National Assembly elections to come first while the presidential poll will now come last.

The amendment had passed in both the Senate and the House and its now awaiting Buhari’s assent. However, in the elections timetable already released by the Independent National Electoral Commission before the amendment was passed, the presidential election was fixed to come first.

Only on Monday, the Chairman of INEC, Prof. Mahmood Yakubu, had said that the commission would stick to its timetable and not the revised one by the National Assembly.

He said, “If something happens tomorrow, we will examine it and proceed accordingly. Right now, the draft is on my table based on the current schedule of activities. Thereafter, we will submit it to the approving authorities.”
Posted by Unknown
Labels: News