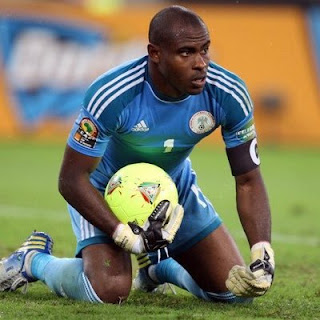 Former Super Eagles goalkeeper, Vincent Enyeama who plays for Lille in France has spoken out after his teammates were attacked at the weekend by irate fans.

Reports in France revealed that Lille players fled to safety, following an attack from their own fans after their 1-1 draw with Montpellier in the French Ligue 1 at the sound of the whistle.

One of the fans hit Lille striker, Nicolas Pepe in the leg, defender Adam Sumarao was also struck and the president of the club Gerard Lopez was insulted.

Reacting on Twitter, Enyeama said: "How did we get here.“The last time losc had fans on the pitch was for celebration.

“The real fan/supporter will always stay behind the team no matter what. Good or bad times. tousensemble #onestlelosc#ilfautpasoublie.”

Enyeama will be in contract with the club until the end of the 2018-2019 season.

Lille is in danger of being relegated from the French Ligue 1 and sit second from bottom with 28 points from 29 games. 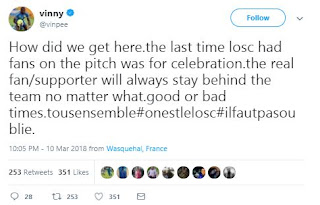