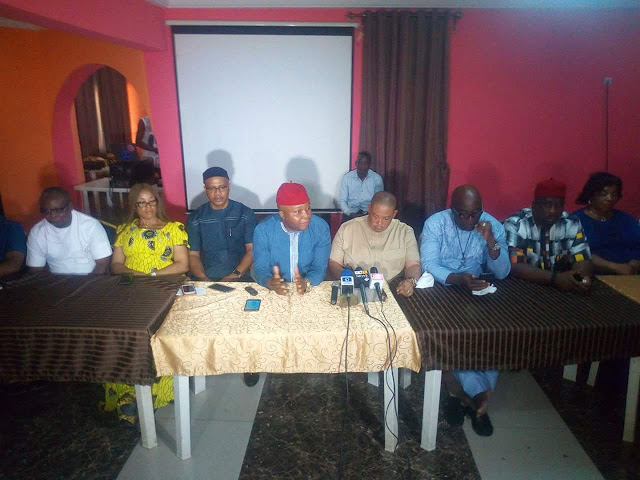 Today, been 28 day of March 2018, 20 Imo  Lawmakers officially in a hotel endorsed Gov. Okorocha's son-in-law, and the state Chief of Staff, Mr.Uche Nwosu, for governor come 2019.

The Hotel endorsement, which was  held at Kelvin Suites, New Owerri, said to be owned by the Deputy Speaker of the State House of Assembly, Hon.  Ugonna Ozurigbo, saw the lawmakers commending the governor for backing Nwosu's ambition.

Speaker of the Assembly, Rt. Hon. Acho  Ihim, stated that the 20 lawmakers have unanimously endorsed Okorocha's son-in-law, based on the assessment of him been a youth. As he reaffirmed their unalloyed support to the decisions of Gov. Rochas Okorocha.

Meanwhile, some Imolites have taken to their social media handle, to describe the Imo  lawmakers as dishonourable lawmakers,  who have remained stooges in the present 8th Assembly.  They described the endorsement as empty,  questioned the reason  why the lawmakers will carry out such task in a hotel, instead of their chambers.