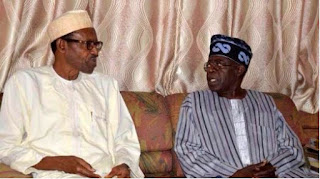 President Muhammadu Buhari will chair the 10th Colloquium to commemorate the 66th birthday of the All Progressives Congress (APC) national leader, Bola Tinubu.

The event holds Thursday March 29 at the Eko Convention Centre, Victoria Island, Lagos. This is contained in a statement signed yesterday by Secretary to the Lagos State government, Mr Tunji Bello.

He said this year’s event with the theme: “Investing in People” will bring together stakeholders, including policy makers, academics and members of the civil society groups.

Bello added that Governor Akinwunmi Ambode would also be at the event that would also provide a talk shop for attendees to tell unique Nigerian story of what it meant for the government to act as a social investor in the affairs of its people.

The SSG said: “When stretched further, the Colloquium would ascertain whether the quest for the government to act as a social investor can be regarded as campaign slogan or a mere ideology with no incremental/socio-economic benefits.

“The gathering would also debate whether such decision by government should be regarded as a necessary policy action which the nation must embrace if she must witness any real development.”
Posted by Unknown
Labels: News