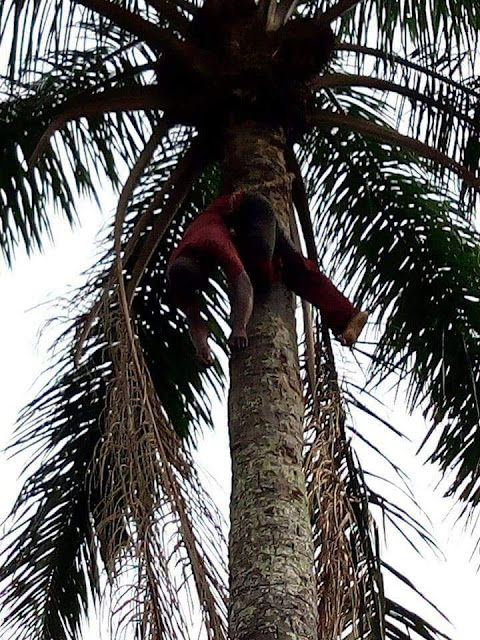 According to the villagers,  the man who was said to have climbed the tree to tap palm wine, was mysteriously found dead on the tree. In a brief chat with the traditional ruler of the community  HRH Eze Clifford Amadi,described the death of the yet to be identified palmwine tapper as strange in the community.