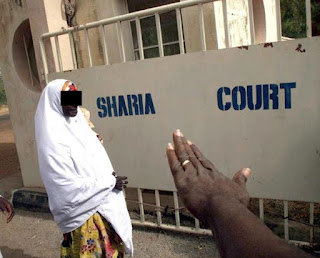 The Sharia Court in Magajin Gari, Kaduna on Tuesday ordered a 30-year-old tailor, Umar Daji to within a week refund N19,200 to his customer, Mrs Fatima Sufyan or risk being sent to jail.

The Daji was dragged to the court for misplacing the complainant’s two-set of clothes including service charge.

Delivering judgment, the judge, Musa Saad held that the defendant was not in the position to determine the price of the fabrics.

“ I listened to arguments of the parties, the defendant is hereby ordered to within a week refund N19, 200 to the complainant or risk being sent to jail.”

Earlier, Sufyan said the defendant had neither delivered her dresses nor made refunds of the money worth.

She said that the cost of sewing and the worth of the materials stood at N19, 200.

“I gave him two materials to sew for me last year which he told me would be ready in two weeks, I came back after two weeks to get the dress but they were not ready.

“He had apologised and asked me to give him one more week to finish it, but he never did’’, she told the court.

Sufyan further said she had earlier reported the matter to the Civilian Joint Task Force of Unguwan Muazu in Kaduna.

According to her, Daji had at the time undertaken to pay her the N19, 200 for both the materials and service fee, but has reneged on the agreement.

“I want the court to assist me in getting back my money as it is obvious the materials are now nowhere to be found’’, Sufyan said.

Daji however, opposed the claim made by the complainant of selling the materials, adding that they got lost with other clothes.

He also disagreed with the N19, 200 being claimed by the complainant for the clothes and service fees.