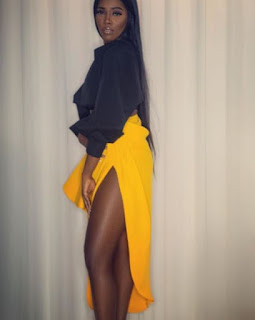 Tiwa Savage, considered to be the Queen of Nigerian pop music, has stunned her fans with new photos of herself.

The beautiful songstress has never stopped giving her many fans something to talk about on almost a daily basis and has achieved that feat again with the new images.

The "Ma Lo" crooner and mother of one son is fond of dropping new photos on Instagram to share with her fans who themselves apparently never get tired of seeing her all over again in new attires.

In these new photos which she shared on her page, Tiwa Savage is seen clad in a fur coat which is draped around her shoulders. Her black blouse stops above her belly button and her yellow skirt is slit very high.

Tiwa Savage's legs can be seen exposed through the slit.According to her, the dress was what she wore to an event dubbed " The Influential Women's Dinner" 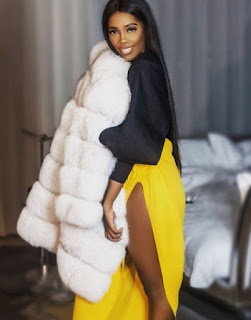 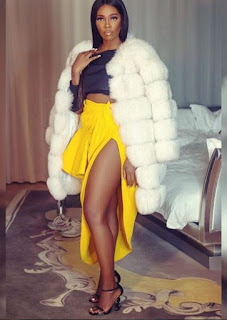