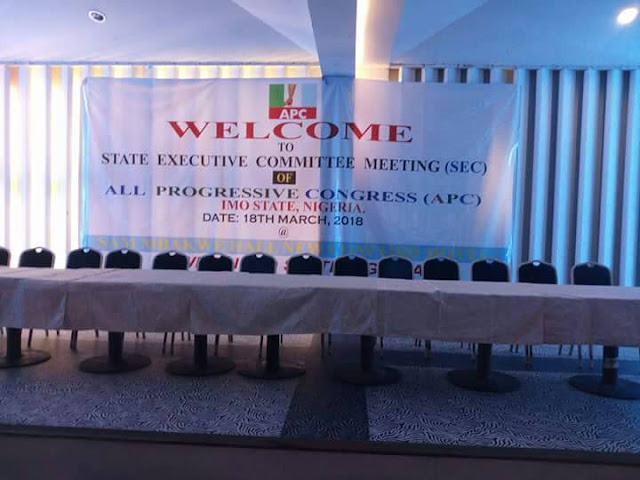 Information reaching Ifeanyicy.com has it that  APC Stakeholders Meeting billed to take place today at Sam Mbakwe Hall, Concorde Hotel Owerri, may not be hitch-free afterall. Indications have emerged that very important decisions which may not be in the best interests of Governor Rochas Okorocha may likely take place at that meeting.

His Excellency Owelle Anayo Rochas our sources have revealed appear to be jittery and seems to be well disposed to any possible means which would lead to truncation of that meeting.

Already, some hired thugs suspected to be ex-militants from Ohaji/Egbema are being conveyed in their numbers with government vehicles and are now gathering in front of NDDC Secretariat along Port Harcourt Road waiting for the next line of action.

Recall that Governor Rochas Okorocha had earlier tried to prevail on the State Chairman of APC, Chief Hillary Eke to relocate the venue of the meeting to Imo State Government House or postpone it to a  much later date, a requested which was stoutly rejected.