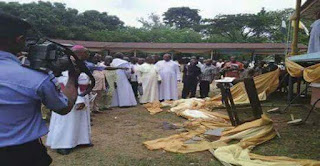 A press statement made available to Ifeanyicy.com by the Chief Press Secretary to Imo State Governor, Sam Onwuemeodo captioned "LINKING UCHE NWOSU WITH THE PURPORTED BEATING OR LYNCHING OR ATTACKING OR HARASSING OF ARCHBISHOP OBINNA" ,has this to say,

We have as usual, read on the social media several versions of the purported beating or lynching or attacking or harassing of the Catholic Archbishop of Owerri Diocese, Bishop Anthony Obinna allegedly by hoodlums or thugs or Entraco officials on the fictitious order of Chief Uche Nwosu, Chief of Staff, Government House.

Those behind this latest blackmail said the incident happened at a burial Church Service in a Community at Ngor-Okpala LGA.

We do not intend to bug our audience with lengthy story to show the reason behind this latest blackmail or onslaught until Archibishop Obinna himself talks on this claim. 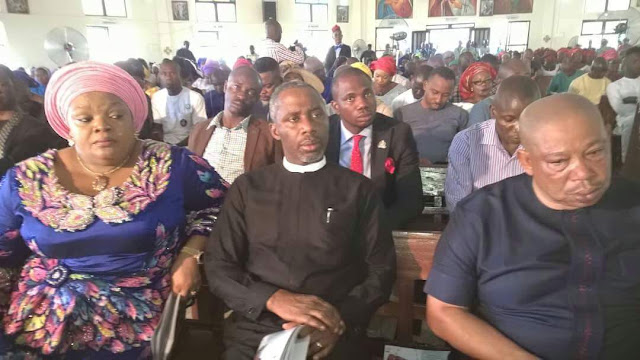 However, we say this for posterity sake. Imo people, including youths, students, men and women have thrown their unalloyed support behind the youthful Chief of Staff, Uche Nwosu for the 2019 governorship in the State. He has become the subject-matter as long as that issue is concerned, with APC officials and leaders from 24 out of the 27 Local Governments in the State having already endorsed him for the 2019 Imo guber.

Now seeing Uche Nwosu as the guy to beat in the 2019 election, they now think that there is no other way to stop him than through unwarranted blackmail. That is the reason, such a quintessential gentleman and an embodiment of decency should be associated with whatever that transpired at the event in question.

Also note that the issue of being an in-law to Governor Okorocha has refused to fly. So the change in their tactics.

For weeks now, they have flooded the social media with one ugly story or the other against the young man, but to Imo people, such elements are wasting their time. They do not know that when God has said yes to any project nobody can say No. 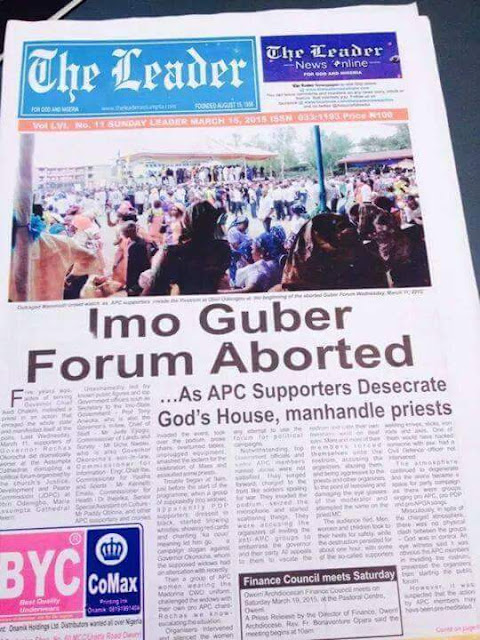 It should also be recalled that in 2015, in their effort to blackmail Governor Rochas Okorocha out of winning his Second term election they called him names including Alhaji in Government House and Okoro Hausa and when all that had failed, the thugs hired by the PDP and APGA then came and pulled down the Podium meant for guests for the Political debate for the governorship Candidates also organized by the Owerri Catholic Diocese. The same people went wild with the false story that Governor Okorocha told his supporters to pull down the Podium even when he had not arrived the venue of the event. Imo people knew the truth and still went ahead to cast their votes for him enmass.

This time, it is Uche Nwosu because they have seen that he is the man for 2019 with God on our side. And no amount of blackmail or tricks would change the plan of God on the young man to govern the State. It takes someone alive in the things of the Spirit to know that Uche Nwosu is a “Child” of destiny. He has the divine mark. And anyone fighting him is fighting his God. And no one can battle with God. 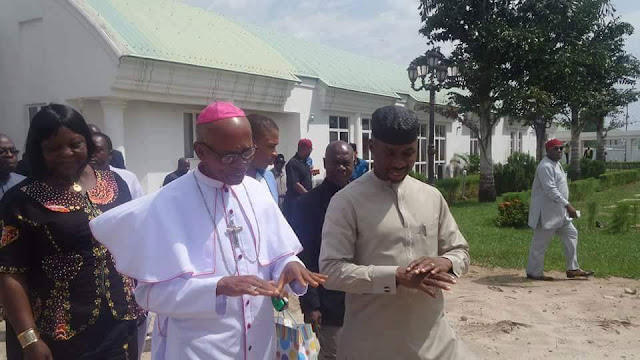 Finally, in whatever we all do, we should be mindful of the Judgement of God. One day, everybody whether Pastor, Journalist, Bishop and so on, will all appear before the Judgement throne of God. That time, blackmailers and social media won’t be there.