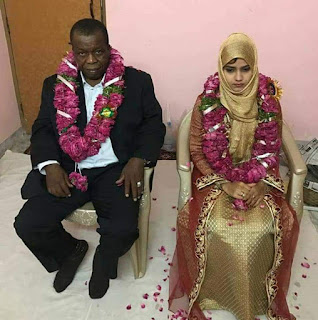 A Nigerian man reportedly in his 60s has tied the knot in a low-key fashion to a 15-year-old Indian girl.

According to an Indian news platform, @RepublicofIndia, the wedding took place in Karnataka, a state in South western region of India. It was further revealed that the girl who is a Muslim came from the Karnataka coastal family.

"That's d women's freedom in Peaceful community. This young girl is married off/sold out to a Nigerian .. scene from Karnataka coastal family. God save her.."
However, many have condemned the marriage on Twitter. 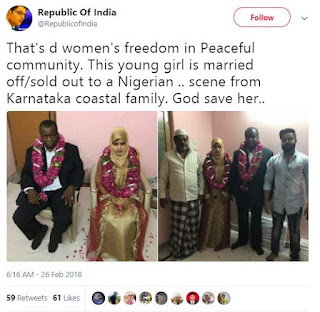 @samee102 wrote: "Why God save her ? Her Allah is there to take care of her. For this peaceful community woman is an entity, a tradable entity from generations.

They are not doing something new, just following the footsteps of their forefathers."

@alicejeph added: "Look at his eyes,he knows he is doing something wrong.On behalf of all Nigerians, we reject that old moron/pervert. 😷😷😷😷😷." 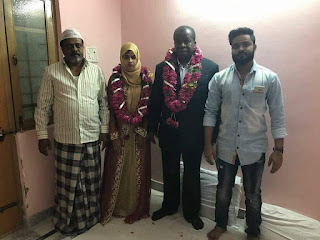 @Prashanthbmw said: "If you couldn't feed them why do u need half a dozen kids? I couldn't see her with that old age so called person! Shameful to u r community."
Posted by Unknown
Labels: News