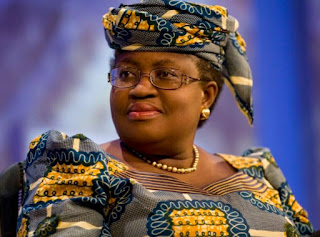 Beneath the swagger and finesse of the former Coordinating Minister for the Economy/Minister of Finance, Dr. Ngozi Okonjo-Iweala, lies the tough and unyielding soul of a combatant.

It takes the tenacity and strength of such an unyielding soul, no doubt, to stare cancer’s perfect pain and misery in the eyes and conquer it in a terrifying battle between life and death. Yes, Okonjo-Iweala had cancer and she lived with it over certain dreary number of years.

She made the shocking revelation not too long ago. Few women bear the crucible of pain and face down death in a no-holds-barred joust and live to tell their story. But Ngozi did and she emerged with her life intact.

Very few people are aware she once took a trip down death boulevard while she battled life-threatening cancer. According to her, the fight against cancer was a struggle she would never forget. But with unprecedented faith and towering resilience, she survived the deadly disease.

She has emerged wiser and stronger like a piece of gold whose value and quality increases by every second it spends in the intensity of a hot forge.