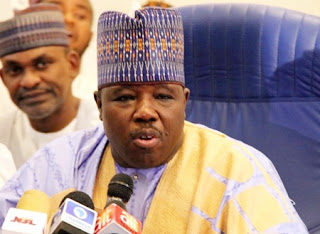 It was gathered from security sources that the former governor of Borno State was a guest of the anti-graft agency but that he was granted bail.

“Yes, it was true he came to honour our invitation, we interacted with him and he was granted bail,”
one of the the sources said.

Regardless, he is scheduled to return to the EFCC today, “for more questioning,” another source said.

The influential politician is expected back today to continue meeting with the operatives who have been investigating the N23 billion disbursed by former Petroleum Resources minister, Mrs. Diezani Alison-Madueke, to allegedly influence the 2015 presidential election in favour of President Goodluck Jonathan.

Several leading politicians from the PDP and some Independent National Electoral Commision officials have been drilled by the EFCC over their roles in the sharing of the money, while some are already facing trial over the matter.