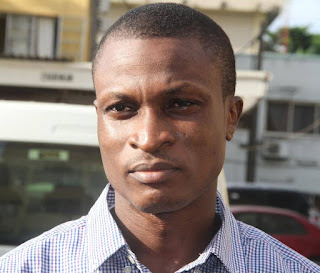 The defendant allegedly defrauded a company, Cenoux Express Limited, of the money by sending fraudulent electronic messages to Guaranty Trust Bank, thereby facilitating the payment of the money into his own account.

One of the counts reads: "That you, Ogungbile Oluwaseun (a.k.a Emmanuel Oluwaseun), on or about the 19th day of April, 2012, at Lagos, within the Ikeja Judicial Division, with intent to defraud, intentionally caused a computer to perform unauthorised access to a programmed data held by Guaranty Trust Bank, wherein you sent fraudulent electronic messages to Guaranty Trust Bank causing a fraudulent transfer of the sum of N5,000, 000. 00 (Five Million Naira) from account No. 5012272664110 belonging to Cenoux Express to your own account and committed an offence contrary to Section 385 of the Criminal Law of Lagos State 2011."

The defendant pleaded not guilty to the charge when it was read to him. In view of his plea, the prosecution counsel, Nkereuwem Anana, prayed the court for a trial date and asked that the defendant be remanded in prison custody.

The defence counsel, J.J. Isijola, however, informed the court of an application for bail on behalf of his client. He also prayed for a short date for the hearing of the application.

Consequently, Justice Williams adjourned the case to March 19, 2018 for hearing of the bail application and ordered that the defendant be returned to the EFCC custody.
Posted by Unknown
Labels: News