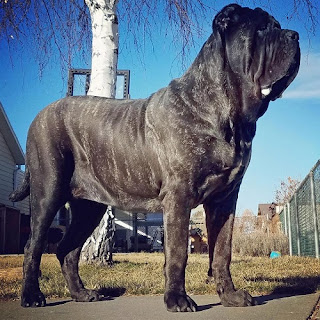 A nine-month-old dog named, Euphrates has been named as the world’s biggest puppy. The puppy weighs a whopping 12st (180lb) and stands at a staggering six feet tall - taller than some humans.

According to The Sun UK, Euphrates was bred to resemble a gigantic prehistoric monster dog. She eats eight cups of a dog food a day and prefers to play with a four by four piece of fence post than a squeaky toy.

Owner Jared Howser, 41, of Salt Lake City, Utah, said: “It’s unreal and unheard of, at nine months her size and strength is far beyond what I thought it would be.

“When she stands on her hind legs she is six-foot-tall, that’s only at nine months too, on all fours to the withers, the tops of her shoulders she is 31.5 inches.

“If she was to stand she is big enough to look out of the peephole on our door. 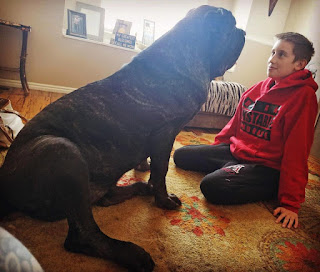 “We have a pitbull who she plays tug of war with, they are known for their ability to pull more than their own weight, but Euphrates she just sits holding the other end in her mouth unaffected and not budging at all.

“When people look at her, they are surprised and ask how I’ve been able to keep her under control, joking that I must be a lion tamer.

“Most people think she is a fully-grown dog when we take her out in public, when we tell them she is a nine-month-old puppy their jaws hit the floor." 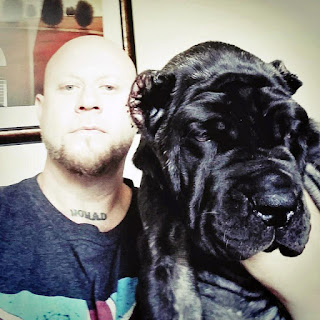 Jared said: “She had two growth spurts and, in that time period, she was so clumsy because she was getting vastly bigger every day.

“I never expected that she would be this big when we first brought her home, at four and a half months old she was already 136lb (10st).

“By six months old she was tall enough to reach the kitchen counter while sitting down.” 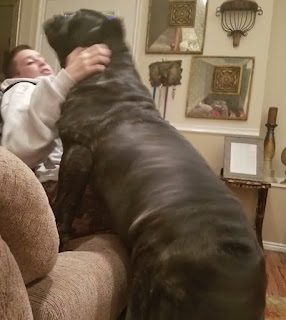 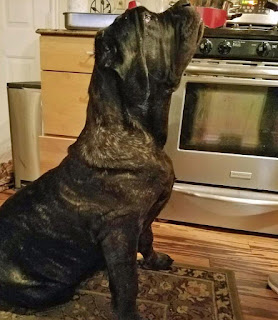