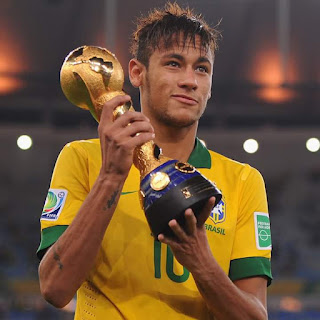 Neymar only joined PSG in a €222 million world-record transfer from Barcelona last summer, but reports suggest the Brazilian could soon be on the move again.

Madrid have long targeted a deal for the stylish attacker, but United are willing to make an offer, with the aim of making Neymar the team’s new leader.

Luka Modric has identified Tottenham’s Dele Alli as the man to replace him at Real Madrid, according to Don Balon.

With Modric turning 33 in September, the Croatian midfielder is aware he doesn’t have many years left at the highest level and Madrid are already reportedly making plans to find a long-term replacement.

Modric feels that player could be at his old club Spurs and has urged Madrid to make a move for Alli before any of Europe’s other leading clubs launch a bid.

Chelsea star Eden Hazard could be headed to Real Madrid in the summer, with Marco Asensio going the other way, reports Diario Gol.

Asensio is concerned about a lack of first-team minutes at Madrid, and reportedly considers Chelsea a dream destination.

Madrid have a long-standing interest in Hazard, making a swap a potentially appealing option for both sides.
Posted by Unknown
Labels: Sports