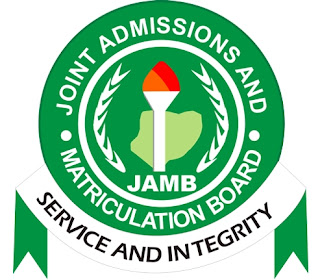 In a statement released by JAMB's head of media, Fabian Benjamin, in Abuja on Tuesday, the Joint Admissions and Matriculation Board, said that it has released the results of 1,502,978 candidates who sat for the 2018 Unified Tertiary Matriculation Examination (UTME).

JAMB in the statement said it released the results after viewing all CCTV footage during the conduct of the examination and also after considering reports from its supervisors who monitored the exercise.

Read the full JAMB statement below;

****************
"After viewing all CCTV footage during the conduct of the 2018 Unified Tertiary Matriculation Examination (UTME) and considering reports from our supervisors, monitors and other independent Nigerians who took interest in promoting the quality of public examination in Nigeria, the Joint Admissions and Matriculation Board (JAMB) has released the results of (1,502,978) One Million, Five Hundred and Two thousand, Nine Hundred and Seventy-Eight candidates who sat for the 2018 UTME.

A total of (1,652,825) One Million, Six Hundred and Fifty-Two Thousand, Eight Hundred and Twenty-Five candidate had indicated interest in the examination by registering for the 2018 Unified Tertiary Matriculation Examination (UTME).

The figure above excludes foreign candidates whose examination would be conducted in April."

1. Your PIN
2. Your Serial Number or Registration Number
Steps to follow:
1. Visit JAMB website – www.jamb.org.ng
2. Once it opens, check the upper right side of the website
3. Insert your PIN, Serial No or Reg Number
4. When JAMB 2018 RESULT comes up, print out the copies for further usage.
Posted by Unknown
Labels: Education