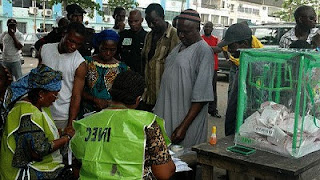 The Independent National Electoral Commission (INEC) fact-finding team on alleged underage voting in the last Kano council poll said it has not received any evidence of underage voting.

The Chairman of the committee, Abubakar Nahuce, told journalists on Friday that from his team’s interaction with civil society organisations and media, no evidence of underage voting has emerged.

INEC set up the committee following public outcry that greeted videos and photos of underage voting believed to have been shot during the Kano election.

“From all what we have seen and discussed with you media men, none of you has seen any underage voter in the line or voting,” Mr. Nahuce said on Friday.

The team has so far met with the chairman of the Kano Sate Independent Electoral Commission (KANSIEC), the media and other relevant bodies.