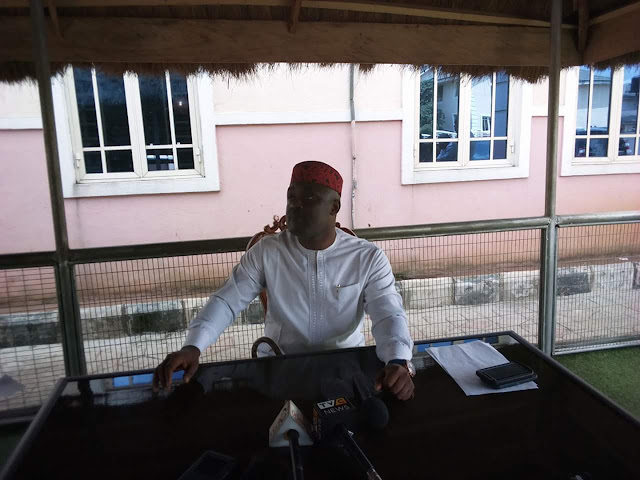 The speaker of the Imo state House of Assembly, Acho Ihim,his Deputy,Ugonna Ozuruigbo,and eighteen other lawmakers of the state Assembly have endorsed the son-in-law to the governor of the state, Uche Nwosu,for governor.

This is even as this remaining seven lawmakers, including the majority leader,Uche Oguwuike,who are reportedly opposed to the governorship ambition of Nwosu ,shunned the meeting where he (Nwosu) was endorsed by the twenty other lawmakers on Thursday night .

At a press conference on Friday in Owerri,the state capital, Henry Ezediaro,who represents Oguta state constituency, said that the meeting where the governor's son-in-law was endorsed took place at the speaker's lodge in Owerri on "Thursday night".

According to him, the reason the twenty lawmakers endorsed Nwosu ,even when the primary election had yet to hold was to make sure that " the legacies of the out going governor were sustained ".
Posted by IfeanyiCy Njoku
Labels: Politics