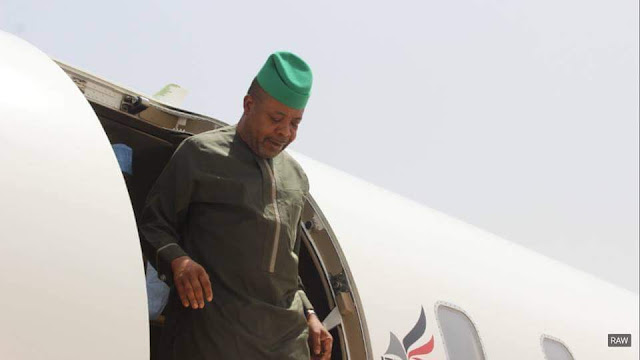 The age of a person is among the criteria for assessing his holistic entity and personality. Birthdays signify the celebration of age. They symbolize the measure of maturity. Like wine, a person matures with age. It is such that an aspect of the philosophy of age holds that life begins at forty. Birthdays indicate the individual’s knowledge and understanding that life like time moves clockwise and never anti-clockwise.

The twenty fourth day of the month of March every year since 1965 marks one step forward in the adroit life of one of the very few living Nigerian leaders, Imo State is privileged to have as an indigene, Rt. Hon. Emeka Ihedioha. The 2018 edition of his enviable birthday comes up on this Saturday, 24th March, 2018, signaling that he is now 53 years. If the philosophy of age stipulates that begins at forty, then this great Nigerian is still in realm of the youthful in body, soul and spirit. And if life is like wine that matures with age, then at 53 Rt. Hon. Emeka Ihedioha has positively and progressively continued to mature in every ramifications of the good life.

In his 53 years so far in life, Ihedioha, the symbol of good character in learning and conduct in both private and public life has, among some of his finest attributes, customized the highly coveted and cherished image of integrity. If he were among those bothered with sobriquets, his most apt title should be “Mr. Integrity”. It Was same enviable attributes of humility, loyalty and integrity that in 2015 governorship election in Imo State, Rt. Hon. Emeka Ihedioha ebulliently, robustly and vigorously contested the 2019 gubernatorial election. I make bold to aver here that it is still with same humility, loyalty and integrity that he has expressed intention to contest again for the forthcoming governorship election in Imo State in 2019.
It is, therefore, little wonder that Rt. Hon. Emeka Ihedioha has adopted philosophy of life that reflects his beautiful attribute of integrity, which he summarizes in his catch-phrase: “My word is my bond”. Permit me to add, “You can take it the bank”. Hence, it is not news any longer that Ihedioha always fulfills his electioneering campaign promises beyond the expectations of the people Imo people of Imo State that he represented in the Federal House of Representatives.
For instance, with locations in wards and local government areas (LGA), Orlu geo-political zone of Imo State received 46 projects courtesy Rt. Hon. Ihedioha. Okigwe zone got 33 projects, while Owerri zone got over 200 projects, with 153 projects going to the Aboh Mbaise/Ngor Okpala Federal Constituency. He provided skill acquisition and empowerment to over 2000 Imo people, facilitated employment into the federal civil service for over 100, and granted student scholarship to 50 students. In short, Emeka Ihedioha has transformed the lives of innumerable number of people.

A short tribute as this cannot accommodate the success story of and life style of Ihedioha, Mr. Integrity. It is believed by very many people that when elected Imo governor in 2019, dry bones of Imo State “shall rise again. While Imo people eagerly await his emergence as governor, the focused eminent legislator is humbly going about doing grassroots politicking that he is reputed for, avoiding politics of bitterness and rancour. 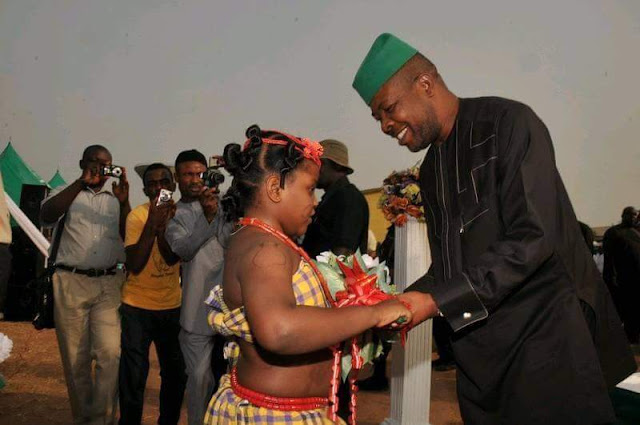 The Bible says a man’s gift makes a way for him. The integrity image of Rt. Hon. Emeka Ihedioha has earned him the opportunity of steadily rising from grass to grace. It has earned him the right to rub shoulders with crème de la crème in the Nigerian leadership bracket. Incontrovertibly, Ihedioha has counted among the first 100th Nigerian leaders in the last ten years.

It all began in 2007 when he won election to represent Aboh Mbaise/Ngor Okpala Federal Constituency in Federal House of Representatives of Nigeria. And among his 360 colleagues, he was elected Chief Whip of the House. That was in the 6th National Assembly.

To him that has more shall be given to him. As I pointed out earlier, the finest talent Providence has endowed Emeka Ihedioha with is integrity. Luckily, his high measure of integrity opened doors of divine favour to him. In 2011, when he was massively re-elected for a record third term, Rt. Hon. Emeka Ihedioha was unanimously elected unopposed as Deputy Speaker of the 7th House. He was so humble and loyal in that capacity in 2015 that in the last weeks and days of the legislature he was adopted unanimously by all the 360 national lawmakers as the Speaker. That was at the time Speaker Aminu Tambuwal resigned to vie for the office of the executive governor of Sokoto State, which he won.

Integrity has so benefitted Rt. Hon. Emeka Ihedioha such that his citation anywhere always elicits due thunderous ovation at any time, and in any forum it is rendered. It is not uncommon to hear such statements as: “Ladies and gentlemen here present, it is with great delight and pleasure that I introduce to you the presence in our midst an august personality, a former Chief Whip, former Deputy Speakers and in fact former Speaker of the House of Representatives of the Federal Republic of Nigeria, Right Honourable Emeka Ihedioha, Commander of the Order of the Niger (CON)”. Such citation expectedly has never failed to receive due loud ovations from the audience where it is rendered.

The trait of very desirable but rare quality high integrity was diagnosed in Chief Emeka Ihedioha earlier in his life, precisely in 1992 when he was barely 27 years of age. Between 1992 and 2002, Emeka Ihedioha cut his leadership teeth and garnered experience from some of the greatest leaders in Nigeria both in the legislative arm and the executive arm of the federation.
He served as Press Officer, Chief Press Officer and Special Assistant on Media Matters to two presidents of the Senate and one deputy senate president, viz Dr. Iyorchia Ayu, Late Senator Albert Legogie and Late Senator Chuba Okadigbo. Between 1999 and 2003, at the start of the 4th republic, Emeka Ihedioha served as the Special Assistant on Political Matters to the then Vice President of the Federal Republic, Alhaji Atiku Abubakar, GCON. All of this confirms that Rt. Hon. Emeka Ihedioha has been positioned for a reasonable long time to provide organized leadership in his home state of Imo.

The point I am driving at here, on a more serious note is, could Rt. Hon. Emeka Ihedioha have attained the amiable height he has attained so far in his private and public life and political career, if he did not possess in right dosage the best attributes of humility, loyalty and integrity? The correct answer to that is capital NO. I am strongly persuaded that the collection of the good qualities that sustained his rise and rise and continuing rise in public service will benefit Imo State if he is elected the governor in 2019. His very robust résumé showcases the ample leadership endowments of the highly focused prime lawmaker.
At this juncture, permit me to state that I hereby join his lovely family, his wonderful friends and associates, his quite unflinching supporters, and the good people of Imo State to felicitate with him and wish him a very happy 53rd birthday. Happy birthday, Omenkahuruanya! May the good Lord continue to abide with you to guide you, to provide for you, and to protect you as you continue to use your gifts and talents, – physical, financial and material – to serve God and humanity.In Jesus’ name. Amen.
Posted by IfeanyiCy Njoku
Labels: Features, Opinion