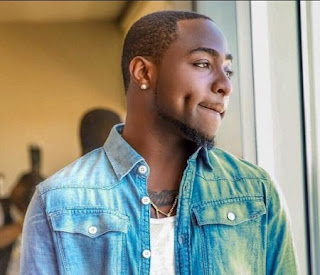 Singer, David Adeleke better known as Davido has admitted he's a serial womanizer who follows everything in skirt.

Despite being in a publicised relationship with a Babcock University undergraduate identified as Chioma, the 'IF' crooner took to his snapchat to shameleesly admit to his teeming fans that he is a serial philanderer.

Davido's promiscous lifestyle is however not secret as evidence abound in some of the pictures capturing him in compromising positions with different women, that have graced the internet in the last few years.

These relationships have resulted in two different women bearing him two daughters, with a third residing in Ibadan still claiming he is the father of her daughter.

See his Davido's Snapchat below: 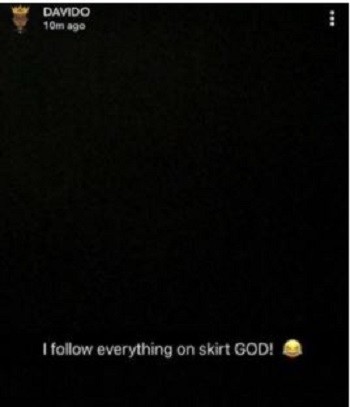