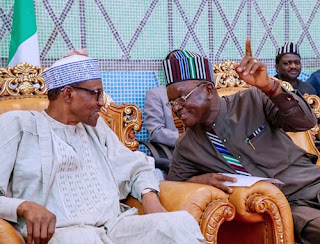 "The administration of President Muhammadu Buhari disregarded freedom of the press in Benue on Monday as correspondents of The PUNCH, ThisDay, Vanguard, Tribune, New Telegraph, The Nation and others were barred from covering the President’s visit.

Our correspondent, who had gone to the Benue State Government House in the early hours of the day, was told that his organisation was not among those allowed to cover the visit.

Checks revealed that there was a directive from the Presidency to restrict the number of media organisations to cover the visit to seven.

No reason was given for the decision.

Our correspondent noted that security operatives from Abuja took over the activities at the state’s seat of government.

Apart from journalists, invited stakeholders were turned back at the third gate of the Government House where security, mainly operatives of the Department of State Services, checked the names of guests against a list they clutched jealously.

Some protesting youths, who had stormed the venue to register their grievances over incessant killings in the state, were sent away by security men, while their placards were seized.

One of the protesters, Jonah Kwaor, who described the operatives as overzealous, said, “We wanted the President to know the magnitude of the senseless killings in our communities, but security men, including the police, drove us away and seized some of our placards.”

Members of the Peace Corps, who attempted to enter the Government House to appeal to the President to rescind his decision and sign the Peace Corps bill, were prevented from entering.

It was gathered that the itinerary of the President was adjusted as his visit to the state Chairman of the state traditional council, Tor Tiv, Prof. James Ayatse, was cancelled.

Also the President’s scheduled visit to the Internally Displaced People’s camp at Gbamjiba, in the Guma Local Government Area was reportedly put off."
Posted by Unknown
Labels: News