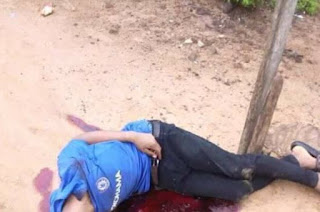 A community in Delta State has been thrown into some commotion after a young man was brutally killed during the late hours of Friday 2nd March, 2018.

The young man was killed in Kwale town in Ndokwa local government area of Delta state.

Local reports show that the deceased who was said to be a member of a cult group, Supreme Eiye Confraternity – was allegedly shot dead by Kwale Aye Forum group which claims to be an affiliate to Neo Black Movement of Africa (Black Axe).

The clash in Kwale Town was said to have emanated from the forceful collection of a phone from a member of Aye Forum group by some members of Eiye group which led to a reprisal attack. Eventually the violence resulted to the recorded death of a Eiye group member.

Investigations are reportedly underway to apprehend the perpetrators of the act.

Below is the victim's photo: 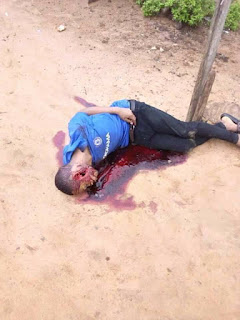