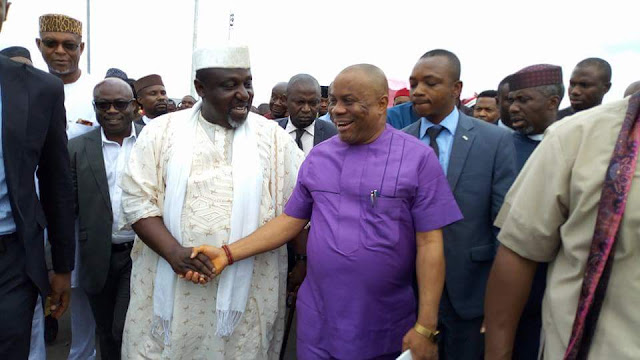 Okorocha Ifeanyicy.com has learnt, has demanded from the APC State Party Chairman, Chief Hillary Eke to use Imo Government House as the venue of the meeting. Chief Eke was said to have refused to grant the Governor his request, positing that such a venue would affect the general attendance of the meeting. When Governor Rochas failed in his bid to convince Chief Eke on why the meeting should hold at Imo Government House, he was said to have demanded outright cancelation of the meeting, a request which was further declined.

Stay Tuned on Ifeanyicy.com for Details as the event unfolds
Posted by IfeanyiCy Njoku
Labels: Politics