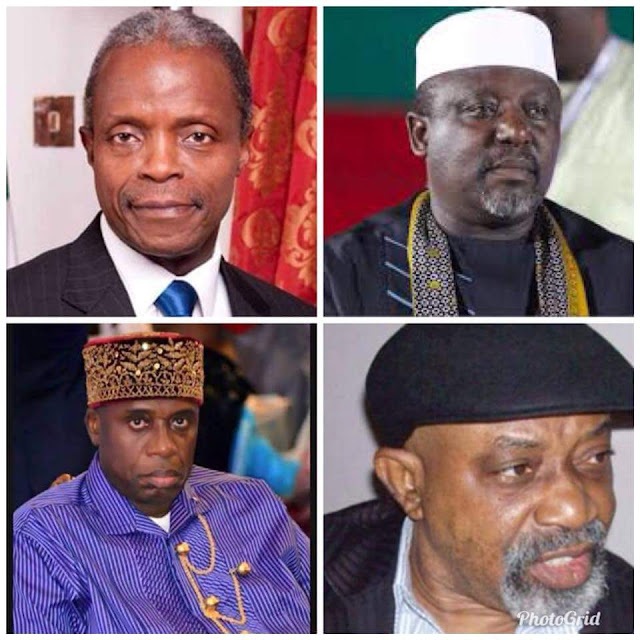 On his part Mafindi Danburam gave a press conference in Jalingo, Taraba state on Sunday 18th March in which he complained that 54 Fulani herdsmen, who were all members of Miyetti Allah, had been arrested by the police and that his Fulani people were being subjected to persecution by the security agencies and  indigenous political leaders in Taraba state simply because they were Fulani herdsmen and members of Miyetti Allah.

If the herdsmen were not Fulani and members of Miyetti Allah I doubt he would have bothered to say a word.

Not only was he arrogant and defiant but he also refused to express regret or offer any apology for the slaughter of thousands of Jukuns and members of the other local and indigenous ethnic groups that his Fulani kinsmen and fellow cattle-rearers have slaughtered all over Taraba state in the last few weeks, months and years.

Finally in his contribution, Garus Gololo said that his Fulani people and members of his organisation Miyetti Allah in Benue were responsible for the carnage and slaughter in the state and that they had unleashed the terror because some of their cows were stolen and because the state had passed an Anti-Grazing Law against their counsel and advice.

He warned that if that law was not scrapped that his Fulani people and members of Miyetti Allah organisation in Benue state would organise themselves for the second time and slaughter the people of Benue state yet again.

These are the type of people and the sort of mindset that some useful idiots are attempting to defend. And when these Fulani leaders not only confirmed that the murderers and genocidal maniacs were their people but aso attempted to rationalise and defend their shameless actions people like Omokri, Momoh and all the other useful idiots and accursed slaves remained silent because they had heard their masters voice.

It was only after Atiku Abubakar attempted to deceive Nigerians by weaving the self-serving lie that the terrorist herdsmen are not Fulani and when others, including yours truly, challenged him and told him to stop being economical with the truth that they crawled out of their woodwok and started complaining, whining and opening their big mouths.

They popped out of nowhere like the shameless cheerleders that they are and, like clowns in a paupers' circus, started spouting rubbish.

I can understand the attempt to deceive us about the true identity of the terrorists coming from a Fulani like Atiku Abubakar who is clearly ashamed of what his people are doing and who understands its implications for the Fulani race and for his own presidential ambitions.

I cannot however understand, appreciate or abide such deceit coming from non-Fulanis like Reno Omokri and Tony Momoh? This is made even worse given the fact that the former claims to be a Pastor. It is shameful and it is evil. Both of them are desperately trying to be more Fulani than the Fulani themselves and the truth is that that they deserve to be pitied.

Did they not glean anything from the inspiring and courgeous words of General T.Y. Danjuma. On March 24th he said,

"There is an attempt at ethnic cleansing in the state and of course some rural areas in Nigeria. We must resist it. We must stop it. Everyone of us must rise!"

He then said  "The Armed Forces are not neutral. They collude with the armed bandits that kill Nigerians! If you are depending on the Armed Forces to stop the killings you will all die one by one. They will every single one of us! The army facilitates their movements: they cover them!"

He went on to say,

"The ethnic cleansing must stop in Taraba and it must stop in all the states of Nigeria otherwise Somalia will be a child's play. I ask every one of you to be alert and to defend your country".

Can anyone dispute all that this great and courageous man has said? What Christians and non-Fulani Muslims are suffering at the hands of the Fulani in Nigeria today is similar to what the Jews suffered in Hitler's Nazi Germany.

Danjuma is one of the most powerful, fearless, consistent, reverred and respected military officers in the history of our country and he has finally spoken. What we are going to do about it is now left to the rest of us.

We either stand up like lions and resist the evil in the land with all our strength or we sit down, crawl, beg, hope against hope and die like cowardly dogs with our tail between our legs!

The truth is that there is nothing that Danjuma has said that I and others have not said before. Nnamdi Kanu said it as far back as 2014 and I said it in 2015. Many insulted us, called us alarmists and laughed at us at the time. They are not laughing anymore!

In the light of all this some questions need to be put to the useful idiots in our midst and those questions are as follows:

Do we resist it and defend our land, territory and country by bending over, touching our toes with our heads, putting our fingers on our buttocks and spreading them wide open for the enemy to have his wicked way? Is that how to rise up and resist?

Do we resist by capitulating and behaving like slavish cowards? Do we resist by refusing to say who they are and where they come from and by failing to let the world know their true identity, race and mission? I think not.

And if any useful idiot and accursed slave  is still in any doubt about who the killers that are carrying out these horrendous acts and this ethnic cleansing are and where they are from I challenge them to seek private audience with General T.Y. Danjuma and ask him. He is a man of wisdom and knowledge and there is very little that he does not know about this matter.

Those that secretly and covertly support genocide, ethnic cleansing and mass murder and that seek to hide the true racial identities of the animals that indulge in such cruel barbarity deserve worse than curses. They deserve to be hung, drawn and quartered.

And they have much to learn from the counsel of the great writer and veteran journalist Mr. Simon Musa Reef who said,

"when you betray your people, you render yourself untrustworthy before the very people you seek to impress".

This is wisdom but sadly the useful idiots, blinded by their greed and their lust for favour, power, money and fleeting fame from their Fulani masters will not heed it.

They should visualise and imagine the killer herdsmen visiting their homes and as they are doing "one corner" with their wives, slitting open the throats of their daughters, sodomising their sons and hacking off the body parts and vital organs of members of their household they should ask them in Fufude whether they are Fulani or whether they are Chinese.

The fact of the matter is that these Fulani terrorists have slaughtered hundreds of thousands of innocent and defenceless people all over the country over the last three years and these imbeciles and shameless fools are still trying to defend them, rationalise their actions, hide their identities and cover their tracks?

And they call themselves Christians? They are not Christians but slaves and "useful idiots" to the Fulani terrorists.

Worse still I suspect that they are under a spell. If  Fulani herdsmen rape their mother in their prescence, slit open her throat, drain all her blood in the gutter and gut her with a 12 inch Bowie knife before their very eyes they will simply say "thank you sir" and still defend them. That is how depraved, debased and self-hating these misguided creatures are.

On March 22nd, one day after the return of the Dapchi girls and in reference to the biggest, most repugnant, most nauseating, most stomach-wrenching, most repulsive, most cowardly and most chicken-hearted turncoats and useful idiots in the nation, I tweeted the following:

"Vice President Yemi Osinbajo and all the other useful idiots and accursed slaves have much to learn from a deeply courageous 15 year old Christian girl from Dapchi by the name of Liya Sharibu about what it means to be loyal to your faith and to be faithful to your God even in the face of death!"

I believe that each and every one of the useful idiots and accursed slaves that I have mentioned in this essay and all those that think like them, including that fat, ugly, frog-like, pamper-wearing polyglot from Imo state, that poisonous little midget and bearded dwarf from Anambra and that corrupt, lying, pot-bellied, mentally-unstable eyeball-rolling creek Haramite from Rivers, also need to learn the same lesson.

God will surely judge them for betraying their faith, for supporting the evil, for attempting to deceive the Nigerian people and for defending the indefensible.

Every drop of innocent blood that the Fulani terrorists have shed over the last three years will not only speak against the physical perpertrators of the crime but will also speak against accomplices like them too.

We live in perilious times and we are in a dire situation. Yet regardless of the dangers we owe it to the people that we love to stand up for what we believe in.

Our saving grace is that for every foolish southern and Middle Belt slave and useful idiot there are hundreds of thousands of clear-thinking, courageous, sensible, rational and inspiring ones that know the score, that are servants of truth, that are prepared to call a spade a spade, that speak truth to power, that are blessed with a brave heart, that are imbued with an excellent spirit  and that are as constant as the northern star.

As an example permit me to share the words of my friend and brother Nnamdi Kanu which he spoke in February 2014 and which have proved to be prophetic.

“As they campaign vigorously for elec­tions you would think they are coming to grow the economy, en­throne justice, breed unity and tol­erance and love for one another. No! They are coming to enthrone Hausa/Fulani supremacy, to reposi­tion the security agencies by sacking all competent hands and replace them with their kinsmen in order to drive their ethnic domination of the south. The Fulani herdsmen will be armed and encouraged to slaughter us with impurity and their masters will protect them. They are coming to ensure that my people are enslaved forever. Those who do not believe me will soon see it happen before their eyes. The Fulani will take over the en­tire south as a continuation of their age-long agenda to Islamise Eastern Nigeria. They will brazenly seize our land in pretence of creating grazing fields for the Fulani. Then the con­quest will be complete and we will be­come their serfs forever.”

This hideous and unholy agenda is unfolding before our very eyes but many of our people are still in denial because the bitter truth is too difficult to grasp and too frightful to admit, accept or comprehend. (TO BE CONTINUED).
Posted by IfeanyiCy Njoku
Labels: Features, Opinion