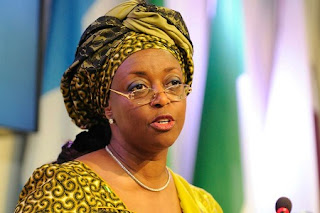 A new report by The Nation has shown that the Federal High Court in Lagos yesterday ordered the final forfeiture of two penthouses valued at $4.760m belonging to former Petroleum Resources Minister Mrs Diezani Alison-Madueke.

Ruling on an application filed by the Economic and Financial Crimes Commission (EFCC), JJustice Mojisola Olatoregun ordered that they be forfeited to the Federal Government.

The commission’s lawyer, Mr ABC Ozioko, told the court that he had a motion on notice for a final forfeiture order in respect of the properties.

He added that the interim forfeiture order made last December 5 was advertised in The Nation as ordered by the court.

Respondents’ counsel Mr Emmanuel Bassey did not object to the prayers.

She said: “I have observed the facts and exhibits attached and I am also mindful that the second, third and fourth respondents have no objections to the application.

“I, therefore, have no hesitation in ordering a final forfeiture of the properties to the Federal Government.”

The commission said the companies in whose names the properties were acquired belong to the former minister.

An EFCC investigator, Abdulrasheed Bawa, in an affidavit, said sometime in 2016, a search warrant was executed at Amangbo’s premises.

He said Amangbo was “an acquaintance of former Minister of Petroleum Resources Mrs Alison Madueke”.

The investigator said one of the documents recovered from Amamgbo led the operatives to the Deputy Managing Director, YF Construction Development and Real Estate Limited, Mr. Fadi Basbous.

The deponent said Basbous made a statement where he stated that the two properties were sold at $3.570million and $1.194million and are owned by Sequoyah Properties Limited and Schillenburg LLC.

According to him, Mrs Jide-Jone was married to Mrs Alison-Madueke’s associate, Jide Omokore, who registered and promoted Atlantic Energy Drilling Concept.

The EFCC investigator said Omokore paid for the properties through his wife, Angela.

According to the operative, Omokore allegedly directed the developer (seller) to sign the agreements with Schillenburg LLC and Sequoyah Properties.

The deponent said Schillenburg LLC was registered in Hong Kong and was transferred on March 30, 2012, to Amamgbo as sole owner.

Amamgbo, according to EFCC, incorporated Schillenburg LLC and handed it over to Mrs. Alison-Madueke “for a transaction”.

The deponent added that Sequoyah Properties “is among 18 companies registered by Donald Chid Amangbo for holding the properties of Mrs Diezani Alison-Madueke”.
Posted by Unknown
Labels: News