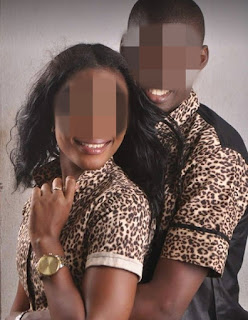 Below is how Nigerian lawyer and former legal consultant at African Development Bank, Emeka Ugwuonye, who shared the photos on the page of 'The Due Process Advocates (DPA)', reported the story on Facebook;

"ABUSE AND REFUSAL TO TAKE BACK THE BRIDE PRICE.

He abused his wife. He maltreated her. He starved her. He told her that his current girlfriend is prettier. He even denied the vow he made at the altar. He said to her: "I never told you I loved you or that you would be my only wife".

He neglected and abandoned her. He threatened her with divorce. He even made a "mock demand" for the refund of the bride price.

After enduring and praying for him to change, she found the courage and left the marriage. Now, for two years, she has been begging him and his people to come and take the bride price and the man has been posting her.

He believes that if he does not take the bride price, he would continue to hold the lady hostage and prevent her from remarrying.

Now, the lady is here and DPA will help return the bride price and obtain a receipt from the man.

Seen from the photos, it looked like love in the beginning. But it turned into a monkey business as time went on." 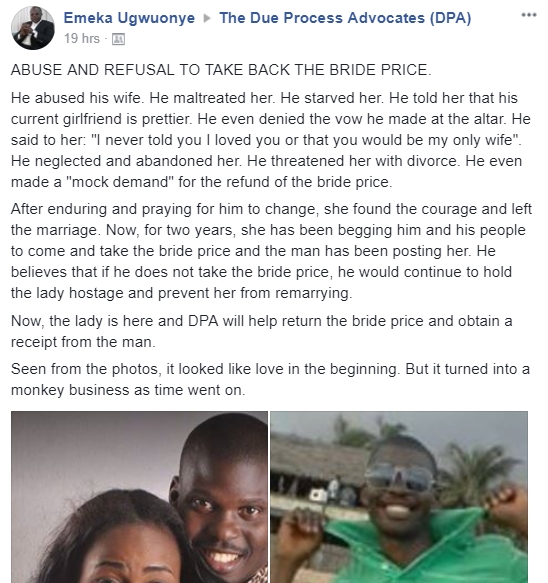