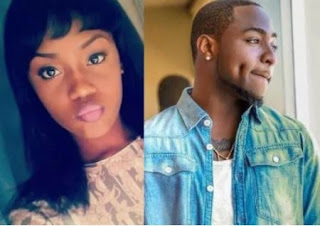 There were rumours making the rounds recently that popular singer, Davido and his girlfriend, Chioma are having issues and that they had "unfollowed" each other on Instagram.

However, the singer has now come out to refute the rumours.

Trouble began when some eagle-eyed fans, who apparently weren’t accurate with their vision, "discovered" that the Davido's bae, Chioma, was not following a single person on Instagram even though she had many followers. This led to speculations that she had issues with Davido since she could unfollow him too.

Before long, popular blogs had carried the story, insinuating that Davido and his girlfriend were having issues. However, after seeing the reports online, the singer then immediately debunked the news saying it’s actually a fake account.

He stormed the comment section of one of the blogs and wrote:, “That’s not even her page lol.