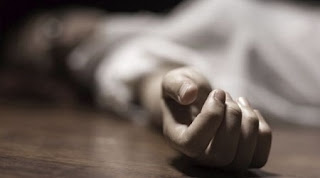 It has been reported that Sarah Namasobo; a 43-year woman, and her three-year-old daughter, Rehema Nandudu, were electrocuted while planting maize in their garden on Sunday evening.

According to Punch Metro, the chairman of Namanyonyi Sub-county in Uganda, Mr. Joab Jonabab Keki, confirmed the incident.

“We have lost a mother who was pregnant and her daughter. We have reported the case to police,” Mr. Keki said.

Keki said unofficial tampering with electricity, which is rampant in the area, has claimed several innocent lives.
“It’s unfortunate that wrong people in society illegally and dangerously tap electricity but it’s innocent people who pay the price,” Keki said.

He said there was the need for immediate official intervention against illegal power connections in order to save lives.

The husband of the deceased, Mr. Mutwalibi Mboizi, alleged that his neighbours were responsible for the illegal power connections.

“They have caused the death of my beloved family members, but I have nothing to do,” Mr. Mboizi said.

Power supply’s Media Manager, Mr. Stephen Ilungole, cautioned members of the public against illegal power connections and urged them to be careful with fallen poles and sagging lines.

“It is a very unfortunate incident. We commiserate with the family. We, however, appeal to the public to support us by reporting incidents of illegal connections and power theft earlier for quick interventions,” he said.

“We want to know the person who tapped that power illegally,” Mr. Manshur said.

He said bodies of the deceased have been taken to Mbale Regional Referral Hospital for a post-mortem.
Posted by Unknown
Labels: News