Menu
Home » Celebrity gist » BBNaija: I Had A Dream Some Evicted Housemates Returned To The House - Cee-C

BBNaija: I Had A Dream Some Evicted Housemates Returned To The House - Cee-C 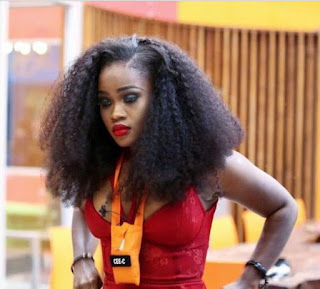 Nigerians have been voting for their favourite evicted housemates to come back into the show, to battle for the 45million naira grand prize with other housemates.

Fans, followers and critics of the 10 evicted housemates have all taken to social media to device tactics to get votes from Nigerians in order to get back into the house.

But here’s a new twist. Yesterday afternoon, Big Brother naija housemate, Cee-C shocked viewers when she spoke to Rico and told him that she had a dream that some of the evicted housemates are coming back into the house.

Ebuka Obi Uchendu, the host of the 2018 Big Brother Naija show, announced that this week, the public will be voting to bring back two of their favourite evicted Housemates.

As expected, the twist elicited social media reactions from many of the viewers. While some were excited about the prospect of having their favourites back on the show, others considered it unfair to the current housemates.
Posted by Unknown
Labels: Celebrity gist