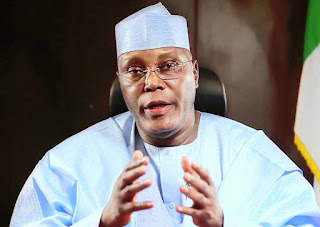 He was quoted as saying “The Nigerian government’s economic recovery and growth plan identify investing in our people as one of three strategic objectives.

Atiku took to his Twitter page and wrote: “I applaud @BillGates for his interest and support of Nigeria.

“I share his concerns of the challenges we face and believe as he does they can be overcome when we as a nation consciously make requisite investments in our human capital and infrastructure.”
Posted by Unknown
Labels: News