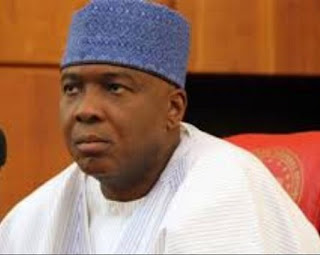 Senate President, Mr. Bukola Saraki, was on Saturday stoned and chased out of Lafiaji town, Edu Local Government Area of Kwara State, by angry youths in the community.

The youths were opposed to the visit of the Senate President, who is seen as attempting to shield Mr. Shaaba Lafiaji, the senator representing Kwara Central Senatorial District, from prosecution for the 17 November 2017 murder of three youths of Lafiaji town by soldiers attached to Mr. Shaaba Lafiaji.

Many others were also injured in the incident, during which the youths protested the quality of representation being provided by the senator. It also led to the burning of a building belonging to Mr. Lafiaji.

Mr. Saraki was in Lafiaji to meet with the traditional ruler and other leaders of the community. But after meeting with the Emir, Saraki said he wanted to visit the families of the victims killed by soldiers attached to Mr. Lafiaji. The announcement sparked rage among the youths, who stoned Mr.Saraki and chased him out of town.

On 10 December 2017, advocacy group, Kwara Must Change (KMC) raised an alarm about Mr. Saraki's plan to use his office to prevent the arrest and prosecution of those responsible for the killing of the three youths.

KMC members in the town told SaharaReporters that youths in the town felt the Senate President was attempting to mock the family of the victims who are still seeking justice.

The group said it submitted petitions to relevant agencies, including the National Human Rights Commission, Nigerian Police, Office of Attorney-General of the Federation among others, seeking the prosecution of Mr. Lafiaji and getting compensation for the victims' families.

KMC called on all agencies to immediately take action to ensure justice for the murdered youths and provide adequate compensation to all their families.

See photos from the incident: 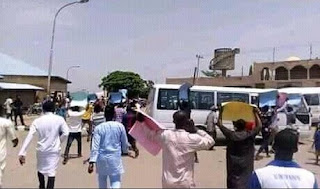 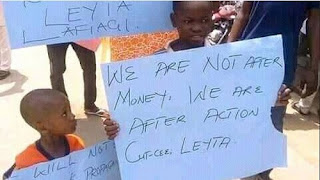 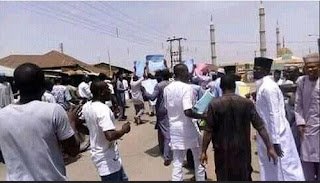