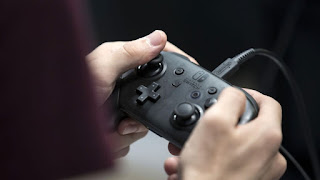 Authorities in Mississippi say a nine-year-old boy has shot his 13-year-old sister in the head and wounded her after an argument over a video game controller.

Monroe County Sheriff Cecil Cantrell told local news outlets that the girl would not give up the video game controller when her brother wanted it on Saturday (local time).

He said the boy shot the girl in the back of the head and that the bullet entered her brain.

"Last night she wasn't doing real good. This is a very serious situation," he told the Clarion Ledger.

"He's just nine. I assume he's seen this on video games or TV.

"I don't know if he knew exactly what this would do. I can't answer that. I do know it's a tragedy."

The girl was rushed to Le Bonheur's Children's Hospital in Memphis, Tennessee.

Details of her condition were not immediately known.

Authorities said they do not yet know how the firearm used in the shooting had been accessed.

The sheriff added that the circumstances of the shooting were still being investigated.

"This is all new ground for us, we've never dealt with a kid shooting a kid at age 9," he said.

Monroe County is in north-east Mississippi.