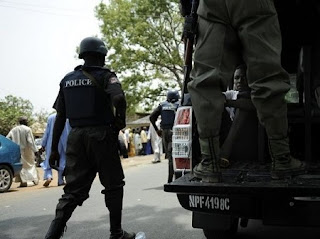 It has been reported that two youths in the Dundu community of Agyaga ward, Akwanga Local Government Area of Nasarawa State have allegedly killed their uncle, 76-year-old Baba Gaya, who they accused of witchcraft.

According to Northern City News, it was learnt that the incident happened on February 3, 2018 at about 6pm.

It was learnt that trouble started around 4pm when the sad news of the death of one Mbako Karatu filtered into the village.
Northern City News reports that Karatu died shortly after she underwent a Caesarian Section at Gwantu General Hospital in Kaduna State.

A family source stated that the deceased was delivered of her first child through a CS, while she underwent normal delivery for the second child.

“But she died while having the third child through surgery,” the source explained.
But as sympathisers trooped to Karatu’s family compound, two boys, Sunday Ango and Alaji Ango, said to be nephews to Gaya, allegedly accused him of witchcraft.

They allegedly descended on the septuagenarian, hitting him with sticks, and killing him instantly.

The youths reportedly fled after the incident and submitted themselves to the police in Akwanga division, 24 hours later.
It was gathered that a similar incident happened in the village a few months ago in which some youths killed their father who they accused of witchcraft.

The Police Public Relations Officer, Nasarawa State Command, DSP Idrisu Kennedy, said the two suspects had been arrested, adding that they would be arraigned in court after investigations.
Posted by Unknown
Labels: News