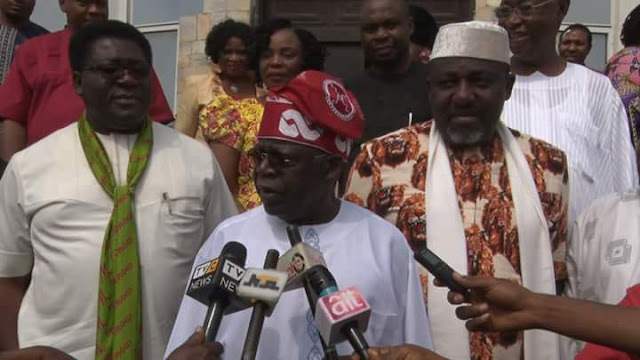 Shocking details have emerged from the recent visit of the former Governor of Lagos State and national leader of the All Progressives Congress (APC), Asiwaju Bola Ahmed Tinubu, who was given the task of reconciling the warring factions in the party across the country  by Mr. President, to the Imo State Government House, Owerri, where he met Governor Okorocha, who is also the Chairman of the Progressive Governors Forum (PGF).

Sources who were privy to the meeting disclosed to Ifeanyicy.com that the APC national leader warned Governor Okorocha that fielding his son-in-law, Uche Nwosu, for the 2019 governorship election in the state would further polarize the party, adding that it was unethical for the Governor to be backing his son-in-law to succeed him. 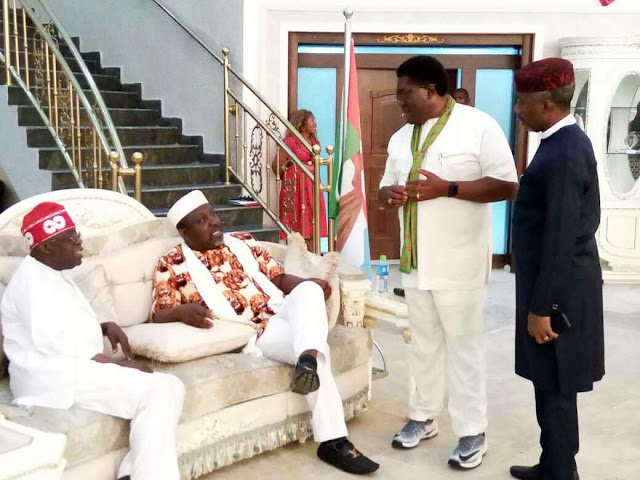 He told Governor Okorocha that he did not make his son-in-law the Governor of Lagos State, even as he said that the Governor's confession that he picked Uche Nwosu on the street in 1999 does not help his argument.

Tinubu was further said to have told Okorocha that he chose people with verifiable track record as successors, noting that the interest of the party should be above the Governor's interest.
Posted by IfeanyiCy Njoku
Labels: Politics