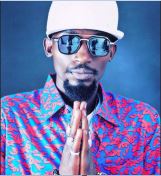 A popular Ugandan musician Moses Ssekibogo, best known as Mowzey Radio of the Goodlyfe Crew is dead. The musician died after allegedly engaging a bouncer in a brutal fight at a Bar.

Revealing details of his death, Mr Balaam Barugahara, an events promoter told The Monitor that the musician died on Thursday at about 6am at Case Hospital in Kampala where he had been admitted after reportedly being beaten into coma following a fight at De Bar, a local hang-out spot in Entebbe town last week.

This comes just hours after President Yoweri Museveni contributed Shs30m towards his treatment.

"The management of Case Hospital acknowledges the payment of UGX 30,000,000 received from H.E The President of the Republic of Uganda @KagutaMuseveni. We are grateful for this generous deed of contributing to hospital bills for the amazingly talented Ugandan vocalist Radio,"
read part of the statement from Case Hospital.

Last week, police said they had arrested five people to help with their investigations into the beating of the musician.
Posted by Unknown
Labels: Celebrity gist