Serious Commotion As Gunmen Open Fire On People, Kill Masquerader On The Street 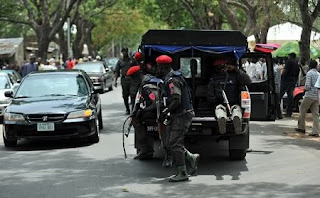 A masquerader has been shot dead alongside two people at Inoziomi Quarters, in the Adavi Local Government Area of Kogi State, Punch Metro reports.

They were reportedly shot on Saturday during the Ebe Festival, a local celebration.

According to Punch Metro, source, who witnessed the incident, said it occurred around 9pm when some gunmen on a motorcycle opened fire on the victims on the street.

Aya, an Assistant Superintendent of Police, assured that the perpetrators of the “heinous act will be apprehended to face the wrath of the law.”
Posted by Unknown
Labels: News