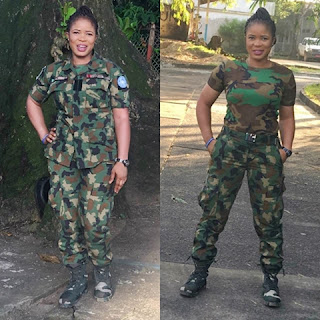 A pretty female operative of the Nigerian Army, identified as Faith Ogochukwu, who is also a successful farmer, has caught and killed a strange animal in her farm reportedly with her bare hands. 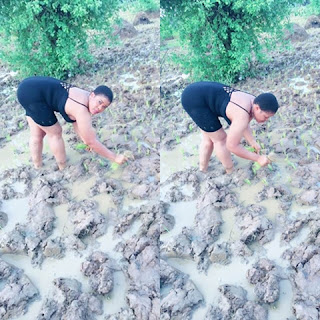 The female Nigerian soldier who disclosed that she caught the animal with her bare hands said: "It was actually with small ones, so it refused to go because of the babies. That was how i caught it and my sister used cutlass on the head. 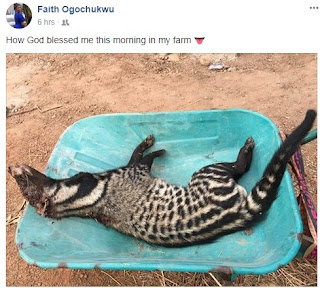