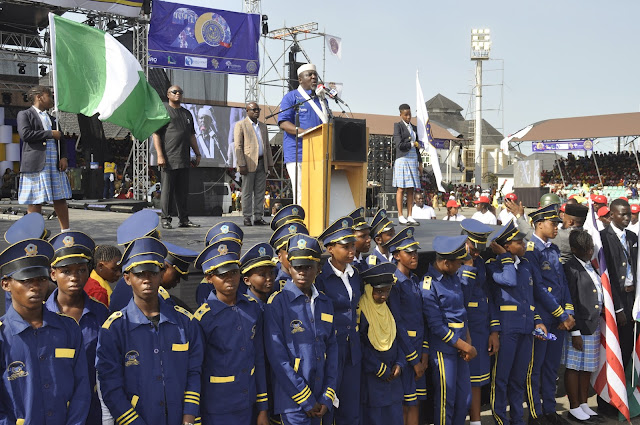 Rochas Foundation, weekend, celebrated its twenty (20) years of existence with the founder, Governor Rochas Okorocha stating that giving, especially to the less-privileged one has made him rich instead of making him poor adding that the more he gives, the more he gets.

He said, “Let me make a confession. Giving has not made me poor. Giving has rather made me rich. So I stand bold to say today that I am a wealthy man. And let no one envy me because you may be envying the God that created me. The more I give, the more I get and no one can stop me from giving. And I have transferred the spirit of giving to my children. First, to my wife who has never stopped building houses for indigent widows and has built over 270 houses to that effect”.

He continued “twenty years ago, no one would believe that these thousands of children would have been the beneficiaries of this foundation. Most of you do not know what propelled me into doing this. It is a contractual agreement which I signed with my creator out of the hardship and difficulties of life that I went through. In the course of prayers I prayed God almighty that in any way you bless me, I will bless others and in any way you give me, I will share with those who do not have. That was my submission to God almighty”. 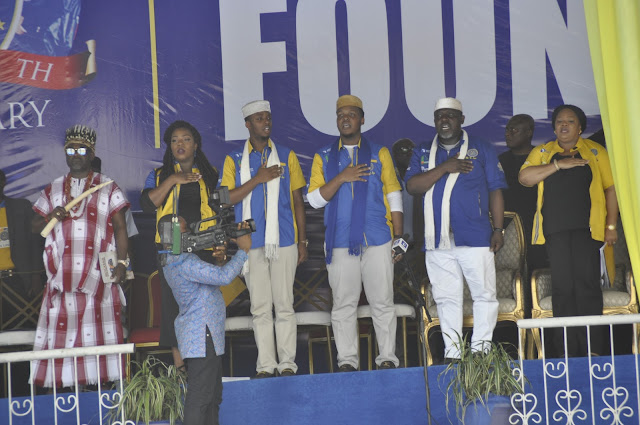 He stated, “But today, crazy as I am, in my ideas and thoughts have I extended Rochas Foundation to Africa. I’m in a hurry because I will not live in this world forever. I could be in pain when I must have passed through this world and still having a lot of children of Africa not educated because opportunity is not provided for them. I will not sleep well neither will I depart this world until every child in Africa finds a classroom to go into”.

His words, “As I do this, I have only managed to take about 17,000 children. We enroll about 1,000 children yearly, but that is not enough, it’s like a drop of water in the ocean. So, this day is not just a celebration, this day is a wakeup call on all government officials and all those in any form of power or authority and those who have been given privilege of life of wealth, should help those who do not have”.

He added, “I don’t know the economic problem we suffer today or the HIV or the Cancer we go through today, or the Ebola of yesterday, I don’t know who will find solution. It might be that rejected and dejected child in the village whose parents are no longer alive. Let every child be given a chance to go to school. Today is a clarion call for volunteerism, and I want to request all the ambassadors to please sign up as volunteers. Identify a child anywhere in Africa and create opportunity for Rochas Foundation to meet with the child. We might not put him in our schools, we may plead with others schools to accept them. We want to become the bridge between the haves and the have nots. If only education will be made free Africa would be a better society.”

He continued, “I suffered a great deal trying to convey a message. For the politicians, it was a way of setting up a political campaign, and so I committed an offense. And to others, probably this young man must have made a lot of money and is looking for a way to display his wealth. And to some others, he came to dramatize his wealth; and to some very few people, very very few indeed, they said let’s give him a chance, maybe he has a calling with his God Almighty.

“Perhaps, most of you who do not know me would still be wallowing in this confusion of who Rochas is, my mission, where I’m coming from and where I’m going. And even, this misrepresentation now characterizes my political life. For whatever I do, I get interpretation. When I created the Ministry of Happiness, I created interpretation. When I created a tourism site opposite us here where men and women are honoured, people discuss it. So everything about Rochas is a story and people discuss it,

“I have tried to sit down in my quiet time to find out why everything I do becomes a big news, I couldn’t find an answer. So I have given up by saying that this is my life and this is what God has made me to be”. he stated