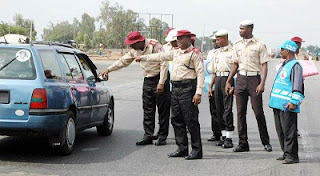 The Federal Road Safety Corp, FRSC has reduced the rate of road accidents in Nigeria by 62 per cent since its establishment on February 18, 1988, according to its Kaduna sector commander, Mr Umar Ibrahim.

He said that before the establishment of the FRSC, Nigeria had one of the most accident-prone roads in the world and was second only to Ethiopia.

Umar, who spoke at a dinner to wind up week-long activities to mark FRSC’s 30 years, urged the personnel to work hard toward further reducing accidents on the nation’s roads, and advised Nigerians to obey traffic regulations.

The News Agency of Nigeria (NAN) reports that six officers of the sector, who had distinguished themselves in the performance of their duties, were given special rewards during the dinner. Those honoured included Deputy Road Commander Waheed Salihu, who emerged the best patrol man of the sector.

The Kaduna Zonal Commander of the corps, Assistant Corps Marshal Bulus Darwang, who also spoke at the dinner, commended the officers and marshals for a job well-done, and urged them to sustain the tempo.
Posted by Unknown
Labels: News