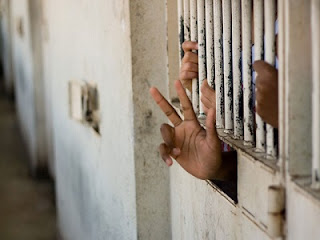 The Independent Corrupt Practices and Other Related Offences Commission, in a statement by its spokesperson, Mrs. Rasheedat Okoduwa, said Onwuka was, however, given an option of N10,000 fine.

She was charged before Justice Mojisola Dada by the ICPC on one count of making false statements to a constituted authority.

The court was told by the ICPC that the offence committed by the police officer violated Section 25(1) (a) of the Corrupt Practices and Other Related Offences Act, 2000, and was punishable under the same section.

The court also heard that the convict presented a false bank statement of account to the Consular and Visa Officer of the British High Commission in Nigeria, with the intent to mislead the High Commission into issuing her a travel visa to the United Kingdom.

The counsel for the convict, Mr. C. Ubani, pleaded with the court to show mercy on her, saying she was a first time offender and had
“cooperated fully with the prosecution.”

Justice Dada, in her ruling, sentenced Onwuka to three months’ imprisonment with an option of N10,000 fine.
Posted by Unknown
Labels: News